Drag Race Philippines is coming to Discovery+ & HBO Go and will be hosted by Paolo Ballesteros. What would be the drag name of Paolo Ballesteros, then? That's an interesting one that we need to check on the pilot episode this coming August 17th, 2022. 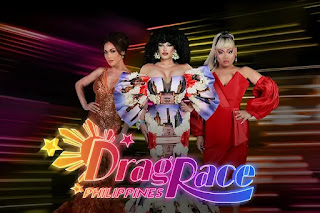 Drag Race has been a worldwide phenomenon to LGBTQ+ members. Started by the legendary drag queen, RuPaul Charles.

The Philippines can't have no franchise of the show. So this coming next month, the Drag Race Philippines will air and bring you the drama plus heated competition of Filipino drag queens. Ballesteros will be accompanied by former drag race competitor, Jiggly Caliente, and KaladKaren. There's also rumor that the Box Office Phenomenon, Vice Ganda, will be joining the panel, but there's no assurance if he will be joining as a guest judge, or a permanent judge.

Drag Race Philippines is a huge show since the Drag Race family is being celebrated across the world. The franchise is already in Thailand, Canada, United Kingdom, France, Spain, Holland, etc.

It will also give benefit to Drag Queen Filipinos to be celebrated around the globe. As fans know, that if you did great on TV and competition you could end up to All Stars season of RuPaul's Drag Race, and the country VS the world spinoff.

Drag Race will also air an upcoming reality show spinoff, RuPaul's Celebrity Drag Race, where Celebrities will become drag queen and lip sync every week. If the celebrity gets eliminated, he will then reveal his true self --- some kind of The Masked Singer vibe. It's exciting!