Ang Probinsyano will end after 7 years in TV

Primetime teleserye Ang Probinsyano of Coco Martin AKA Cardo Dalisay has few weeks left before it ends after it's massive success for 7 long years. 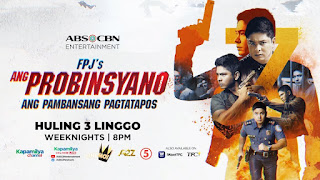 Ang Probinsyano has been in the hearts of every household for 7 years and will conclude this coming August. Lead actor, Coco Martin, thanked every Filipino supporters for supporting and loving the show.

The show has been giving a lot of opportunities to extras and actors from the past and the present. One of the actresses that was given the chance to work in the entertainment industry once again is comedian, Whitney Tyson.

She was living under a bridge with hardships in life, but after she was interviewed by a famous TV show, Coco Martin and his team did not hesitate to give Tyson a role in the show --- as the President's maid. 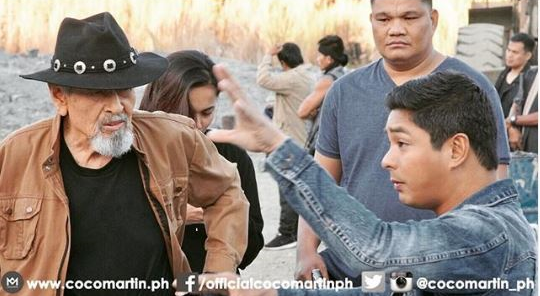 Ang Probinsyano started on the 28th of September 2015. Yes, the time when your child is still being feed by yourself with spoon and milk. Look how old your child now, if you have one. Or remember when you are still asking your mom for money, and now you are working to earn for a living. The show has been there for 7 years with high TV ratings.

Legendary actor Eddie Garcia before passing away was part of the show as the antagonist of the show. Susan Roces who recently just passed played a very important role too in the show, as Martin's grandmother.

Remember when Bella Padilla moved to ABS-CBN and took the role of Cardo Dalisay's wife before Alyana AKA Yassi Pressman? Yes, that was 7 years ago.

There are so many memories in the show, many actors has been given the opportunity and every Filipino, even today, are hooked with the storyline. They even empathized Cardo and his family & friends.

Sadly, the television's longest running series is about to end.

What do you feel about it? And are you thinking of a new spinoff of the series is coming?