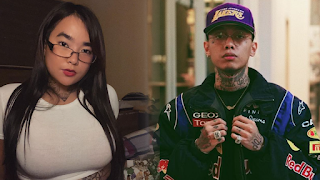 The convo she posted is an alleged convo with the rapper Skusta Clee. There's no evidence that it is for Skusta Clee but netizens are pointing the allegation to the famous rapper.

Vanessa even said in their convo that she has a boyfriend and she loves the guy. The rapper responded 'you know, there are a lot of girls lining up for me for you to know, don't regret (this opportunity)', where Vanessa replied, my father's gene are awesome, I don't want to ruin it with your gene', and even said 'you are just famous, you are not a gold (translated from Tagalog).

Alleged rapper Skusta Clee has been into a lot of issues when it comes to woman. He has a child to a famous vlogger, Zeinab Harake. They split due to third party issue. 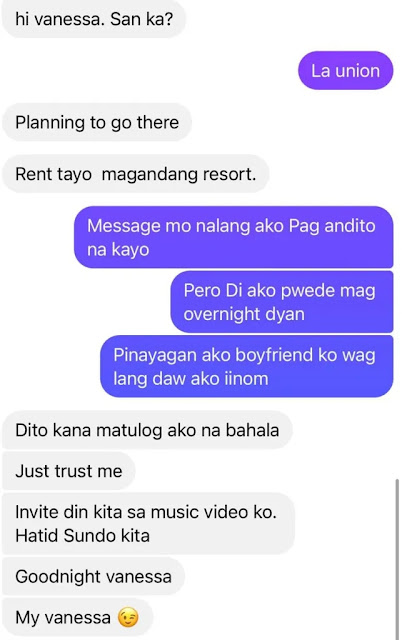 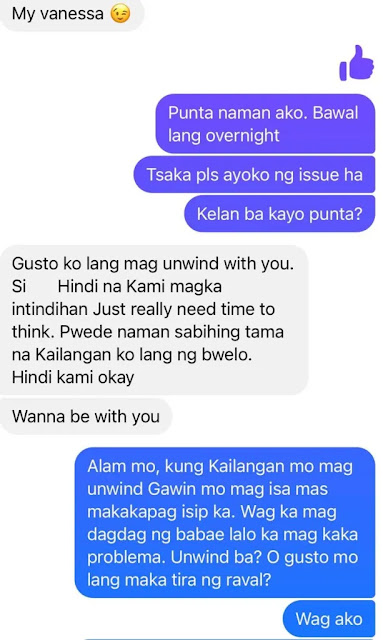 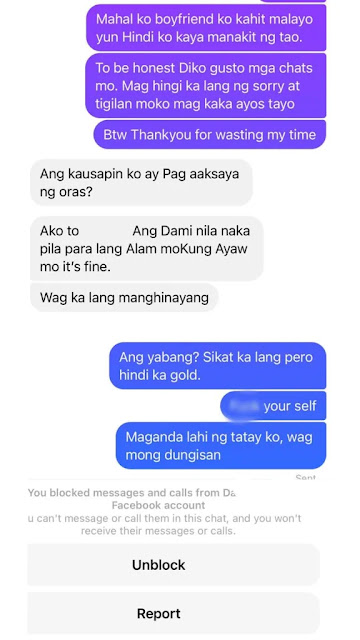 Skusta Clee did respond to the allegation by the netizens, saying to mention the rapper who invited Vanessa to unwind since people are linking him to the issue.