Rupaul's Drag Race All Stars 7 All Winners had just started with 2 episodes via Paramount+. The 2 episodes contained RuMix and Snatch Game main challenges.

With 8 returning queens who won their respective seasons, 4 queens were named winners within the 2 released episodes with 3 of them as recipients of Legendary Legends Badge/Star. 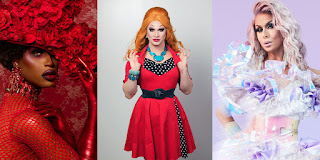 The first part started with a reading challenge, where reading is what? Fundamental!

The winner of the reading challenge was Jinkx Monsoon. She won the mini-challenge and took home $2500 hard/cold cash.

On the first episode, the main challenge was RuMix. The winners will make their own lyrics to add flavor to RuPaul's new single "Legends".

The top 2 of that episode were Shea Coulee, and Monet X Change. They received Legendary Legends Badge each, and the winner of the lip sync will receive a cash tip of $10,000. 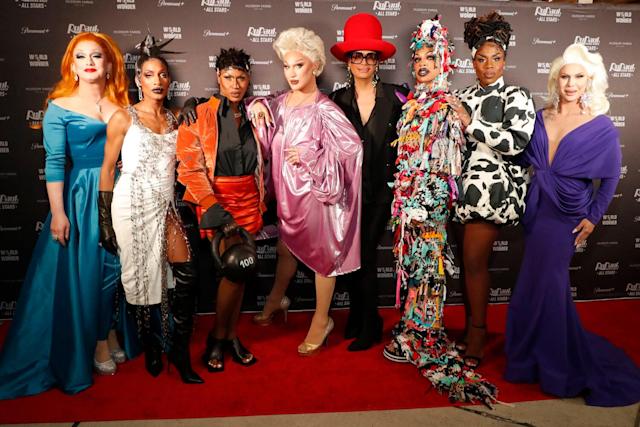 For the non-winners of that episode, glad to say, no one goes home. They will only be receiving a golden toilet plunger from the winner of the top 2. That plunger means even they win the next week's challenge, they are block from receiving Legendary Legends Badge.

The winner of that episode was Shea Coulee. But then, with great power, comes with a great responsibility. Shea needs to block a queen from receiving next week's badge.

Shea gave the golden plunger to Trinity The Tuck. She then stated the following episode that she knows how fierce Trinity is and that's the reason she's blocking her.

On the second episode, the main challenge was Snatch Game with a twist. The queen will have to impersonate 2 celebrities instead of one.

The top 2 queen of this episode were Jinkx Monsoon who acted as Natasha Lyonne, and legendary killing it as Judy Garland, and Trinity the Tuck as Satan, and amazingly portrayed Leslie Jordan.

Sad to say, Trinity can't get a badge this week because she was blocked but she can win $10,000 and block a queen from receiving a badge for next week's challenge.

The two lip synced to a song "Rumour Has It" by Adele. Jinkx won and chose to block Shea. And the funny part, Trinity shouted "HA", in responds to what Shea did to her the first episode.

Next week, another episode/s will be released by Paramount+. Are you excited to see the upcoming episodes of All Stars All Winners?