For so many years had passed, South Korea's owned series by Netflix got a recognition it deserved as Squid Game and the series' actors landed a nomination in the prestigious awarding body, the Golden Globe Awards that will be held this coming January 9, 2022. Lee Jung-Jae, famously known as the Player 456 of the series Squid Game, has made his name recognizable around the world, including United States of America. He also made appearances on different US shows.

The 49-year old actor is nominated for Best Actor (Squid Game series) and he is up against Billy Porter (Pose), Omar Sy (Lupin), Jeremy Strong (Succession), and Brian Cox (Succession).

Player 001, Oh Yeong-Su, is nominated for Best Supporting Actor and he is going to be up against Brett Goldstein (Ted Lasso), Billy Crudup (The Morning Show), Kieran Culkin (Succession), and Mark Duplass (The Morning Show). 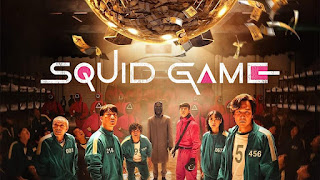 There's no doubt that Squid Game is a big thing in the world as the scenes and the actors are really entertaining. South Korea has been rising into the world fame after the Kpop music able to reach the international markets.