local 2:37 AM
A+ A-
Print Email
Sara Duterte-Carpio is running for national office under Lakas-CMD party as Vice President (aspirant) this coming 2022 election.
The daughter of the present President of the Republic of the Philippines, Rodrigo Roa Duterte, seeks national position joining Ferdinand "Bongbong" Marcos Jr. who is running as President of the country next year. 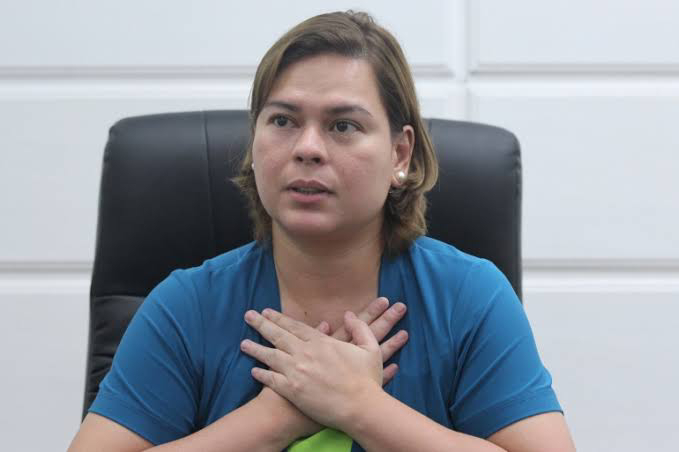 src: Reuters/Lean Daval Jr.
The incumbent Davao City Mayor, Sara, withdrew her certificate of candidacy as a re-electionist (of the same position) last November 13, 2021. A few days after, November 15 ---same year--- to be exact, she joined the Lakas-CMD and decided to run under the said party as VP.
After knowing that Sara will be a candidate for 2022's election's Vice President, the Partido Federal ng Pilipinas adopted her as their bet for the position's race.
The speculation that Sara will be running as President this coming election has been proven wrong, as she will no longer run for the government's highest position. Despite the fact that she is the leading bet in a Presidential race for 2022, she decided to end the talk and just wished to hold the VP position.
Sara has been a beloved mayor in Davao City as she has been in the office since 2016, and previously from 2010 to 2013. She also served as Vice Mayor in the same city from year 2007 to 2010.
The upcoming election on 2022 may have a clash of blood, since Sara's father will be running as Senator under a different party. Her father is also betting on his trusted company, Senator Bong Go, to win the 2022 presidential race.
There is a clear vision, as well, that Sara is supporting the Partido Federal ng Pilipinas aspiring President, Marcos Jr.
Last Thursday, Sara also accepted the chairmanship of Lakas-CMD and with the party's permission, she went back as the chairperson of her former party, Hugpong ng Pagbabago, a day later.
Share to: