local 12:27 PM
A+ A-
Print Email
Exceptional seismic exercises recorded underneath the building of Taal Volcano is a reasonable sign of nonstop magmatic action, which could later prompt more emissions, said Tuesday by the Phivolcs (Philippine Institute of Volcanology and Seismology). 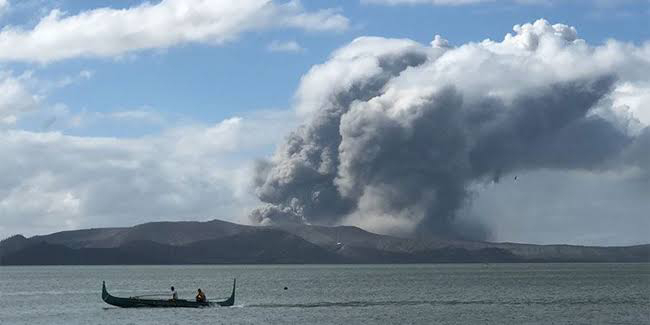 In its most recent notice gave at 8 a.m., Phivolcs said that the Taal Volcano Network, which can record little tremors imperceptible by the Philippine Seismology Network (PSN), recorded 448 volcanic quakes, including 17 ordered as low-recurrence. Phivolcs said, "such extraordinary seismic movement likely means constant magmatic interruption underneath the Taal structure, which may prompt further eruptive action". The PSN, Phivolcs included, plotted a sum of 718 volcanic quakes since 1 p.m. of Jan. 12. Out of the said number, 176 of these seismic tremors were enrolled between sizes 1.2 to 4.1, and were felt at powers I to V.

Since 5 in the morning on Monday until 5 in the morning on Tuesday, there were five volcanic seismic tremors recorded, which enrolled between sizes 1.6 to 2.5. The action in the spring of gushing lava's primary hole in the previous 24 hours has been portrayed by frail steam emanation which produced debris crest 500-600 meters tall, and scattered debris southwest of the principle cavity, Phivolcs said.

Sulfur dioxide discharge was likewise estimated at a normal of 344 tons for each day. "Alert Level 4 is still as a result, which implies that an unsafe hazardous ejection is conceivable inside hours to days", Phivolcs said. Phivolcs added, "DOST-Phivolcs emphatically repeats all out departure of Taal Volcano Island and high-chance regions as recognized in the risk maps inside the 14-km range from Taal principle hole and along the Pansipit River Valley where fissuring has been watched".
Share to: