MOS Burger of Japan is in the Philippines

lifestyle 2:43 PM
A+ A-
Print Email
Japan's MOS Burger is at long last in the Philippines. In front of its first store opening in Robinson's Galleria on the 26th of February is a two-day spring up in the equivalent Ortigas shopping center beginning the 15th of January. 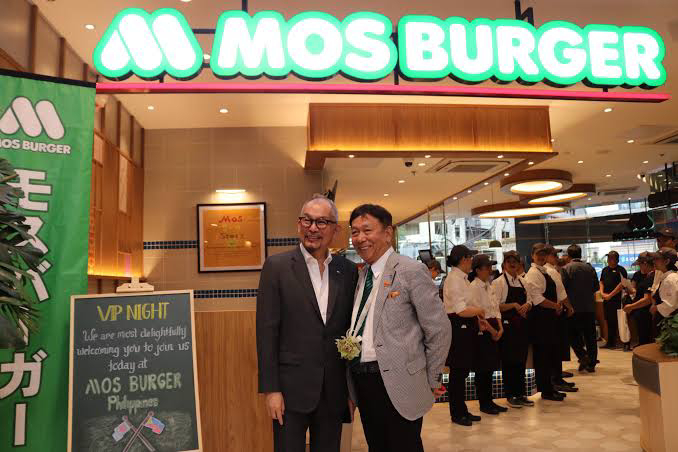 Image from Jellybeans in the City

Just as to spark our interest, just 300 bits of the MOS Cheese Burger --- worth P149 --- and Yakiniku Burger --- worth P169 --- will be on offer for every day of the spring up. As indicated by MOS Burger delegates, following the Galleria opening are stores in SM Megamall, Robinson's Magnolia, O Square in Greenhills, and Robinson's Place Manila.

A MOS Café will take action accordingly, which Mr. Hubert Young, CEO of MOS Burger Philippines, depicts as more upscale than the standard MOS outlet with various menu things on offer. Philippine select things are additionally in the pipeline.

Young said, "we will dispatch with our center things, just to set up ourselves, and afterward perhaps in two months we will turn the Philippine-selective ones out". Tataeishi Hiroshi, VP of MOS Burger Philippines said on Wednesday, "we realize the Philippines adores Japanese nourishment. We trust you can greet and give a similar love to MOS Burger".

MOS, which means "mountain, sea, and sun," first opened in Tokyo in 1972. It presently has 300 stores far and wide. The Philippines is MOS Food Services ninth abroad market since it opened in Korea in 2012.
Share to: