local, news 5:22 PM
A+ A-
Print Email
The Election 2019 is over, and the result is in, twelve senators were proclaimed and will be joining the 2016 elected senators to complete the Philippine senate.

The proclamation of winners was announced at the PICC forum on Wednesday. 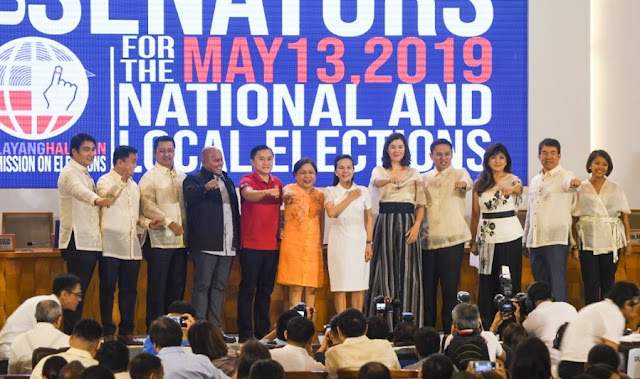 Re-elected Senator Cynthia Villar took the 1st place gaining 25 million plus votes partial and official. Followed by the re-elected, Senator Grace Poe. Three newly elected senators joined as the 3rd, 4th, and 5th in the top 12 rank of senate race --- Senator Bong Go, who was the Special Assistant to the President of the Philippines, during President Rodrigo Duterte time, Senator Pia Cayetano, and Senator Bato dela Rosa, who recently was the Director-General of the Bureau of Corrections.

Followed by the daughter of the former Philippine President Ferdinand Marcos, Senator Imee Marcos, who was the recent Governor of Ilocos Norte.

Duterte-endorsed, Senator Francis Tolentino, who as well, run as senator in 2016 election got his seat this year as the 10th placer. 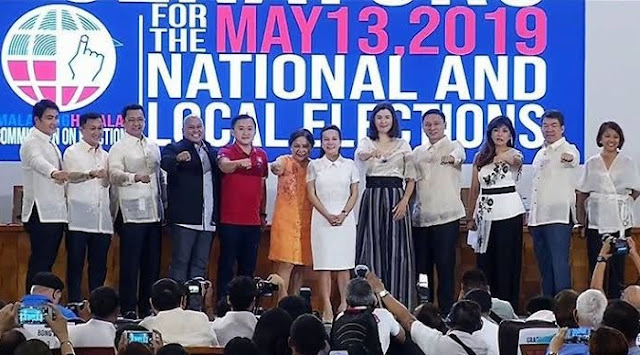 The 11th place went to Senator Bong Revilla Jr., the most controversial senator of all after being sent to jail acquitted of plunder. His way of campaigning was also controversial after his advertisement on TV went viral dancing "budotz".

Former vice president Jejomar Binay's daughter, Senator Nancy Binay took the last spot of the 12 senate winners. She, as well, is a re-elected one.

The senate will have a majority of numbers that may support the President on his plan for the betterment of the country, Philippines, while minor will be against him.

Many said that the Senate will continue to be independent, and not be a dictating arena of anyone's agenda, yet this is a good news for pro-admin as plans for the country's future may be supported more than rejected.
Share to: