Bong Go exposes his back once again after 'Bikoy' surfaces

local, news 6:37 PM
A+ A-
Print Email
Monday, aspiring senator Christopher "Bong" Go exposed his back once again to indicate he has no tattoo, exposing claims that he has connections to opiates syndicates. The senatorial wannabe removed his shirt at an occasion of the Luntian Party-list in Calamba City, Laguna, saying it is the last time that he would do such. 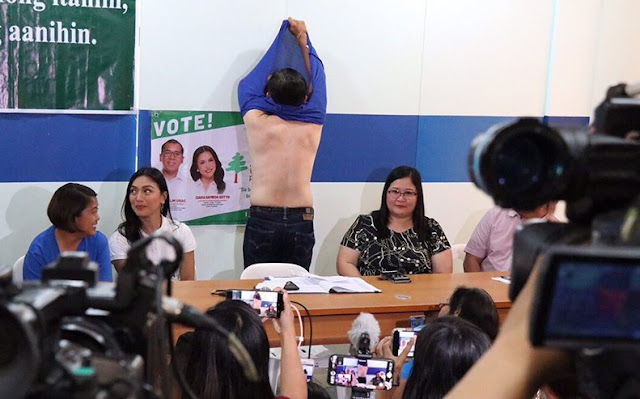 Go, a long-term helper of President Rodrigo Duterte, said Advincula ought to have himself checked at a psychological medical clinic first as opposed to looking for legitimate help at the Integrated Bar of the Philippines. He said, "Bikoy committed an error. He shouldn't have gone to the IBP. Be that as it may, don't stress, the administration would ensure him. I, be that as it may, might suspect he ought to have been admitted to a psychological clinic first" (translated from Tagalog).

Go first exposed his back amid a crusade foray in Agusan del Sur a month ago. Advincula prior said he opened up to the world to look for legitimate guide and deny his supposed connections to the restriction senatorial slate Otso Diretso. 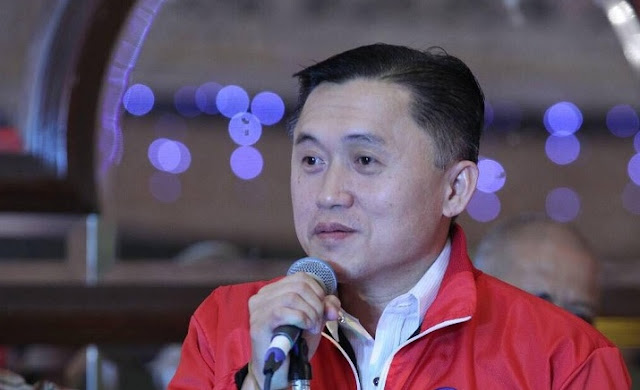 Go said the charges connecting him and the Duterte family to illicit medications are "dark publicity" given that its solitary a couple of days before the midterm surveys on May 13. He said, "this is a period of political shading. The Duterte family is just being hauled to grimy allegations". He included, "dull claims are heaved against us with the goal that faultfinders would have all the earmarks of being more clean. It's decision time so dark promulgation is all over the place".

Advincula said he surfaced before the media because of an alleged danger on his life and on the grounds that his still, small voice was pestering him over his job in the spread of medications. He included that he will participate with any Senate examination concerning his claims. Advincula said, "I am prepared to confront any Senate request to demonstrate all that I guaranteed in the video arrangement".
Share to: