local, news 6:16 PM
A+ A-
Print Email
A woman named Mylene Villomo --- on her shown TIN ID, from Talisay, Cebu, was caught by the area's residents victimizing an old lady who recently withdrew a good amount of money for the old lady's husband's hospitalization. 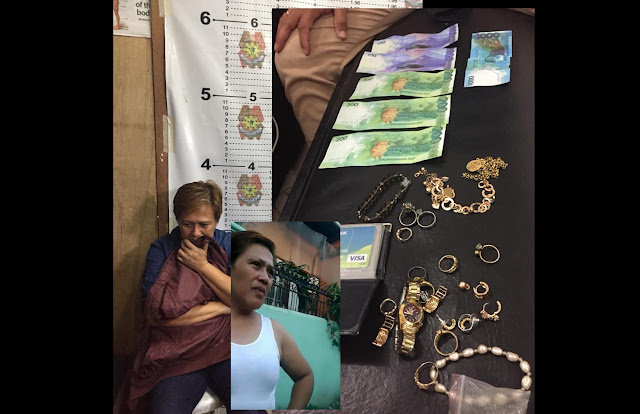 The residents find it troubling seeing an old woman running after a lady.

A good citizen came to record the incident and asked series of questions. The old woman does not recognize the lady at all while Villomo reasoned out that she knew the old lady because the old lady's child knows her.

The citizens were not buying Villomo's reason, instead they called the cops to help them investigate what just happened.

The police took Villomo and the old woman, and now Villomo is paying the price of her wrongdoings.
Share to: