entertainment 11:45 AM
A+ A-
Print Email
Asia's Got Talent season 3 is on this year 2019, and two acts from Philippines got a golden buzzer. First the hand shadow artist, Philip Galit also known as Shadow Ace, and a singer Eleana Gabunada.

Shadow Ace uses his hands to perform his shadow act, with the help of his parents they were able to give an amazing and brilliant performance. 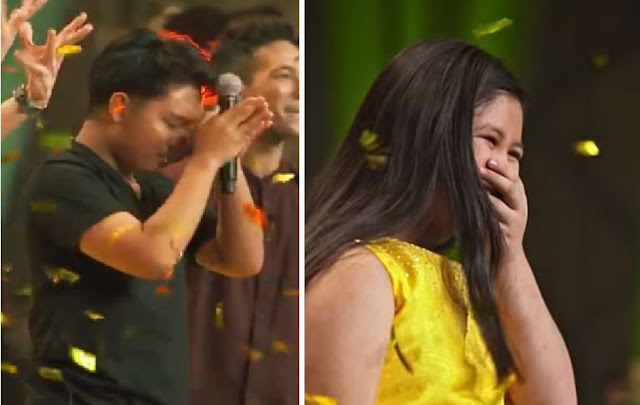 Images from AXN/Asia's Got Talent

Using his hands he was able to create people dancing in ballroom dance, blues, pole dance, and even hula hoop.

Everyone in the audience were amazed, but the most amazed ones are the hosts of the show this year, Alan Wong and Justin Bratton.

They were impressed on how Shadow Ace visually made his hands look like humans.

Judge Anggun after the golden buzzer even said, 'it is a well-deserved golden buzz'.

Another one, and the latest, Eleana came jolly on the stage showing humble confidence. She is just a 10-year old kid but after she performed a Barbra Streisand hit "Don't Rain on my Parade", the music master David Foster gave her a standing ovation.

One of the host even said that Foster is not an easy judge to impress with, but Eleana managed to receive a standing ovation from an music legend.

Anggun and Jay Park gave her a yes, while Foster did not waste time to press his one and only Golden Buzzer in the audition round.

Eleana joined The Voice Kids as team Lea Salonga before, and as well, competed in "Tawag ng Tanghalan Kids" in year 2017.
Share to: