local, news 7:12 PM
A+ A-
Print Email
Sunday morning, a  NPA (New People's Amry) rebel was killed in a shootout with government troops in Miag-ao town in Iloilo. The killed revolutionary, who stayed unidentified, was deserted by his friends alongside a M-16 rifle, ammo, landmines, individual assets and radical records and banners after the 30-minute conflict. 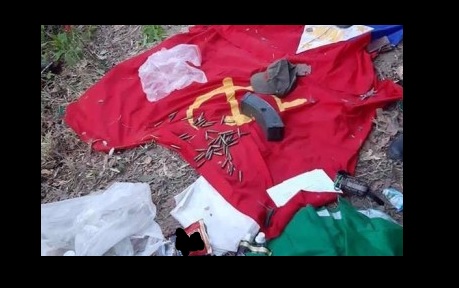 Lt. Col. Sisenando Magbalot, said officer of the Army's 61st Infantry Battalion (61IB), "this is an aftereffect of the serious interest activities being attempted by our officers after the arrangement of conflicts a week ago".

He said its troops experienced around 20 NPA agitators under the Southern Front Committee of the Communist Party of the Philippines on Panay Island around 4 in the morning in Barangay Alimodias in Miag-ao. There were no losses among the administration troops. This was the fourth conflict between government troops and NPA revolts in Iloilo and Antique areas in seven days.
Share to: