local, news 3:40 PM
A+ A-
Print Email
On Tuesday, President Rodrigo Duterte blasted authorities of the Metropolitan Waterworks and Sewerage System (MWSS) and water concessionaires Manila Water and Maynilad over the water deficiency holding portions of Metro Manila and Rizal region. Duterte had a shut entryway meeting with the authorities in Malacañang which was depicted by presidential representative Salvador Panelo as 'even more a presidential monolog' going on for around 40 minutes. 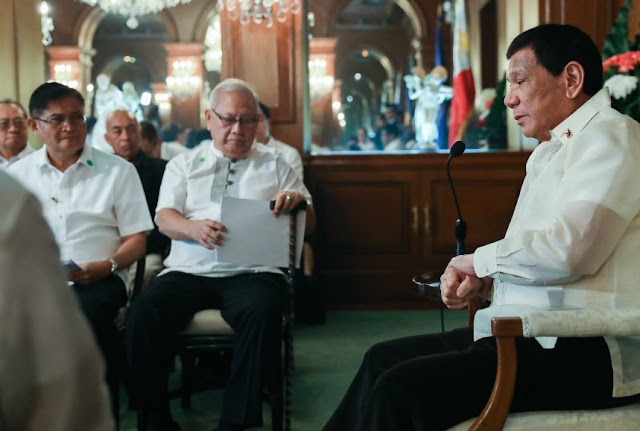 Panelo, who was available in the gathering, said the President took the MWSS, Manila Water and Maynilad to assignment for not carrying out their responsibility in guaranteeing that the general population be given plentiful water supply. Among those present in the gathering were MWSS Chairman Franklin Demonteverde and Administrator Reynaldo Velasco.

Panelo said in an announcement on Wednesday "the Chief Executive revealed to them he was not going to tune in to their clarification with respect to why there was a water deficiency accordingly would be out and out reasons". "They basically did not carry out their responsibility. 'All they care about is get benefit from the water of the general population' and to their sufferance too".

Panelo said the President told the authorities they could have basically foreseen such deficiency and could have taken care of business yet 'they needed to sit tight for him to compromise them with specifically racing to Manila from Davao to ponder the emergency before they moved to end it'.

Duterte guaranteed that the authorities knew about the issue prompting the water deficiency yet they didn't make plans to keep it from occurring. Panelo, who prior reasoned that the water deficiency was an aftereffect of bungle and wastefulness with respect to the Manila Water, "the Chief Executive obtusely instructed them to 'shape up or send out!".

Duterte prior arranged the MWSS to request from the water concessionaires the arrival of 150 days of water from Angat Dam in Bulacan to guarantee supply water to those influenced by administration interference. Velasco then guaranteed that the MWSS and the concessionaires --- Manila Water, Maynilad and Bulacan Bulk Water --- will do their best to illuminate the water deficiency in 150 days or around five months. 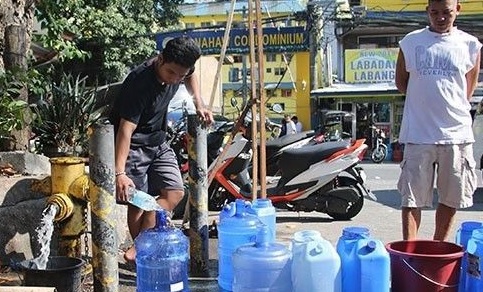 Image from The Star/Michael Varcas

In a stern message conveyed without even once taking a gander at the authorities, the clearly insulted President compromised to flame the MWSS authorities and end the concessionaires' agreements," Panelo said. "The President communicated his obvious dismay by saying that he trusted that by the day's end the water emergency was not simply a question of sound judgment".

Duterte guided the authorities to present a give an account of the water lack before the 7th of April, after which he will choose whether heads will roll or whether the agreements of the concessionaires will be ended, as indicated by Panelo. The Palace official said "the President emphasized that he is intrinsically entrusted to serve and ensure the populace, and he won't quibble to take quick and intense activities to verify the general population from inconvenience and shield them from affliction, paying little respect to the critical outcomes to the players of the water business".

Manila Water, the east zone concessionaire, has been actualizing water intrusions in a few regions in Metro Manila and Rizal to guarantee that water supply can last until June or the beginning of the blustery season. Because of the impacts of the El Niño marvel, lesser precipitation is normal in the coming months. Manila Water had said the issues of expanding request and lacking supply have been irritated by the El Niño marvel. The Ayala-drove firm has just apologized for the water lack and communicated receptiveness to actualizing modifications on its clients' water bills.
Share to: