entertainment 2:51 PM
A+ A-
Print Email
"The World's Best" fans and viewers were stunned by the news that Kazakhstan star Dimash Kudaibergen chose to stop the challenge before the Final round.

As indicated by reports, Dimash chose to stop to offer route to the more youthful gifts. With his choice, Daneliya Tuleshova and Lydian was left to contend in his classification. Dimash made his announcement after his radiant interpretation of 'Adagio' by Lara Fabuan. 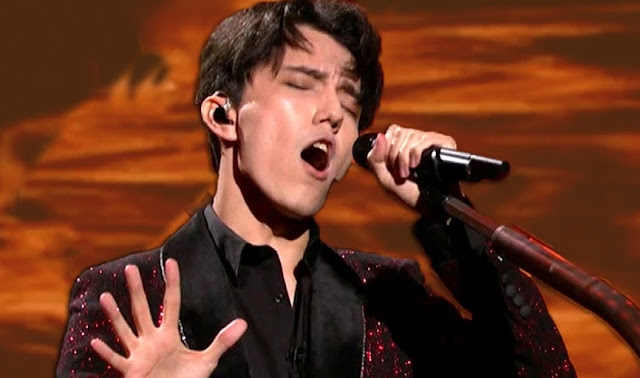 In his own vernacular meant English, Dimash stated: "Great night judges and dear group of onlookers.

To perform before you is an enormous respect and bliss.

Today, I need to contend with two delightful gifts. That is for what reason I need to request that you dear judges let me venture out of the challenge".

It was accounted for that Dimash choice did not sit well with judge Ru Paul.

Inciting the well known performing artist and vocalist to state "the reality of the situation is how could you slight the challenge. We came here to see the best, the world's "best". you recognize what you signed up for."

To which Dimash answered "this is joy and respect performing before you. This isn't self image". Netizens communicated blended responses over Dimash choice.

Some said they respect Dimash penance to give the youthful abilities the open door they luxuriously merited however some said they can't comprehend why the vocalist expected to stop.

The Kazakhstan judge from the wall of judges said, 'it is culture, that people give way for young ones --- young talent'.
Share to: