international, news 12:28 AM
A+ A-
Print Email
A Saudia flight needed to come back to the Jeddah airplane terminal on its approach to Malaysia after one of its travelers left her child at the air's terminal. On Tuesday, in a report by the Independent UK, Kuala Lumpur-bound Saudi flight SV832 as of now took off from Jeddah, however the pilot asked for to restore the airplane subsequent to discovering that a traveler on board had overlooked her child at the air terminal's loading up zone. 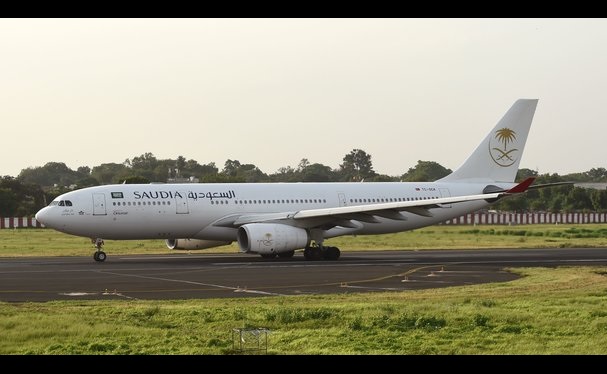 In a video transferred in YouTube the pilot could be heard handing-off data to the air terminal's aviation authority (ATC).

The video presently has in excess of 50,000 'views'. "May God be with us. Would we be able to return for sure?" the pilot says.

"This flight is asking for to return… a traveler overlooked her child in the holding up region, the poor thing," an air traffic controller can be heard saying. A short time later, the pilot was asked again to rehash his demand which the ATC allowed.

The pilot said "We let you know, a traveler left her infant in the terminal and will not proceed with the flight". ATC answered "alright, head back to the door. This is absolutely new one for us!". The Independent said no additional data was given on how the mother overlooked her tyke in the boarding door of the airplane terminal.
Share to: