entertainment 7:13 PM
A+ A-
Print Email
TNT Boys performed "Listen" by Beyonce on The World's Best and got a total score of 99 points over a hundred from the judges.

USA has premiered the latest talent show in CBS hosted by the Late Late Show host, James Corden. The show's judges panel is composed of 3 Americans --- Drew Barrymore, RuPaul Charles, and Faith Hill --- and 50 other judges from the different countries in the world --- including Pops Fernandez, as PH representative in the judging panel. 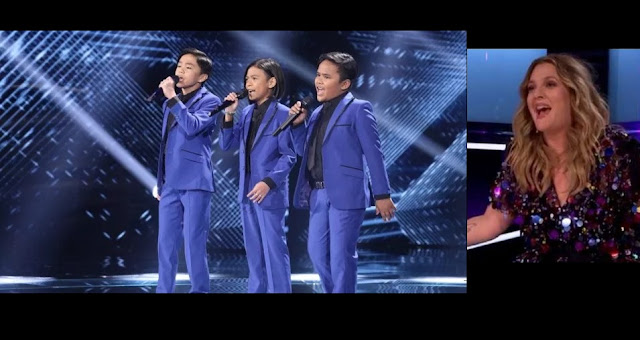 The group sang Beyonce's "Listen" in a different level which put the huge amount of people in the room on their feet.

Barrymore said that they are different [from those days where kids sang, as she was a child performer as well before]. Hill can't believe it, and RuPaul said her famous line in Drag Race, "shante, you stay".

TNT Boys got 49 points from the 3 American judges, composed of 50 from Barrymore, 50 from Hill, and 48 from RuPaul.


The 50 judges from different country voted yes to the TNT Boys, giving them additional points of 50. All in all they got 99 points over a hundred.

Corden asked the PH representative, Pops, on her words to PH's performer. Pops said that 'she may know for a fact that the TNT Boys [could win] the World's Best'.

The show has other famous worldwide contestants like the singing nun, the child maestro, and Dimash Kudaibergen (who rose to fame in China after competing in the popular singing competition, The Singer).
Share to: