local, news 8:03 PM
A+ A-
Print Email
On Wednesday, the Manila Regional Trial Court Branch 46 requested the capture of Rappler's CEO Maria Ressa over a cyber libel case. As of this posting, operators of the National Bureau of Investigation are currently at the news' office serving the warrant against her.

Ressa was captured for digital defamation charges. Ressa was at her office when the National Bureau of Investigation specialists served the capture warrant. 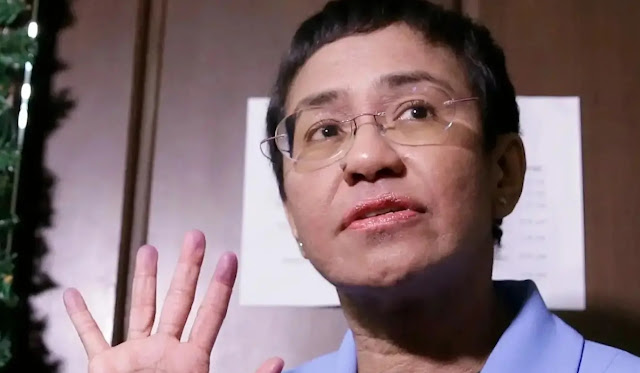 NBI operators, be that as it may, did not place her in cuffs. The advancement came after the Department of Justice prosecuted Ressa, and Rappler for digital slander over a 2012 distributed article which was "plainly abusive".

Her capture was spilled via web-based networking media by Rappler.

Ressa would need to hold up until Thursday before she can post safeguard since courts are as of now shut. Ressa told journalists following her capture "I will make the best decision. I will continue onward".

In tweets, Rappler said "an officer some portion of the serving party" likewise denied "Rappler workers from taking photographs and recordings inside the workplace". Looked for input, Justice Chief Menardo Guevarra said Ressa can post safeguard for the case. 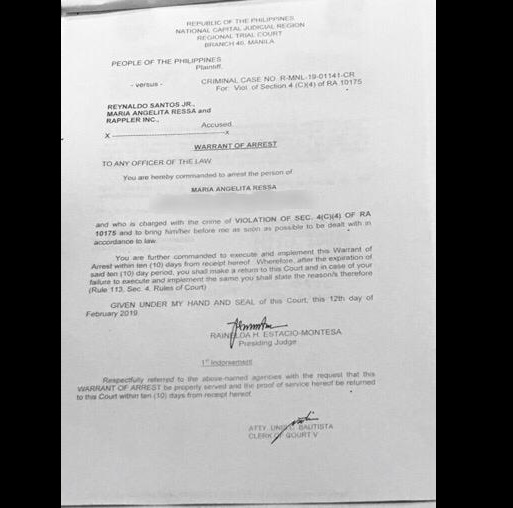 Guevarra told ABS-CBN News that "at any rate, the basic arrangement is to post safeguard, whichever body of evidence it might be against Ms. Ressa.

Guevarra included that Ressa could have posted safeguard "even before the warrant is served". Rappler, which has distributed stories incredulous of the Duterte organization, has scored bodies of evidence and acts against it as an assault on press opportunity. The grievance against Ressa and Rappler was recorded by businessperson Wilfredo Keng, over an article distributed by Rappler titled "CJ utilizing SUVs of questionable agent" amid the arraignment preliminary of previous Chief Justice Renato Corona.

Keng had said he didn't loan any vehicle to the late boss justice, who was expelled in 2012 over undeclared riches. In a goals dated February 4th, Senior Assistant State Prosecutor Edwin Dayog said Rappler, Ressa and correspondent Reynaldo Santos Jr. carried out slander under the Cybercrime Prevention Act of 2012.

"The production grumbled of ascribes to complainant Keng the commission of violations. It is unmistakably disparaging," the goals read. Beside digital slander, Rappler and Ressa are confronting tax avoidance charges. A year prior, the Securities and Exchange Commission (SEC) disavowed Rappler's fuse papers, refering to its supposed infringement of the protected confinement on outside responsibility for media.
Share to: