entertainment 5:21 PM
A+ A-
Print Email
Another amazing moment was made on Philippine televisions, and Mitch Montecarlo Suansane won as Miss Q and A Intertalaktic 2019. It's Showtime's one of their grandest segments has ended with flying colors, Miss Q and A became trending on twitter, as well.

Miss Q and A is all about intelligence, wittiness, and most of all wisdom. Last year, the crown was won by Juliana Parizcova Segovia, a Miss Q and A hall of famer, and this year, the winner is a resbekla (revenger). 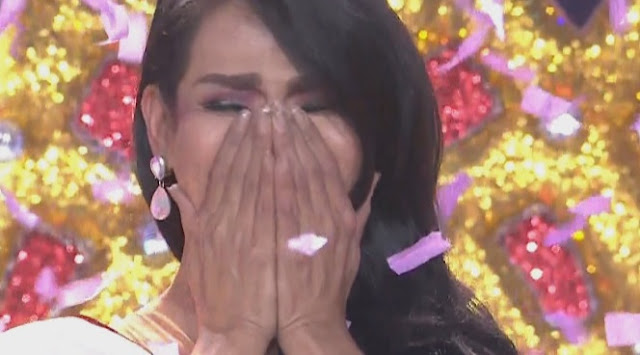 The show has been trending from the day it was started. The most memorable one in the very beginning of the segment was Elsa Droga Mendoza who won ABS-CBN's talent show "Kid's Choice". 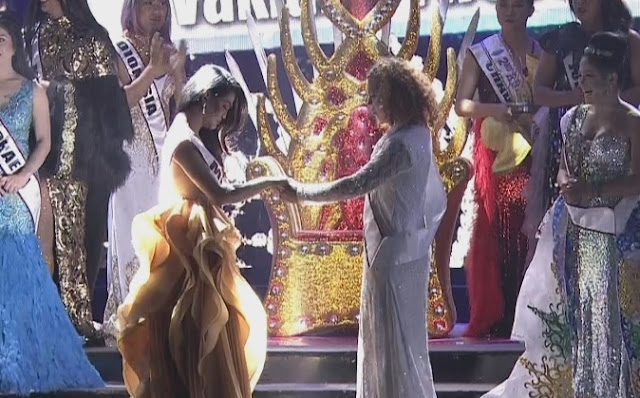 This year, one of the most memorable queens are Chad Kinis Lustre-Reid, Miss "Tero-tero" Dionisia Clara Dela Fuente, Brenda Mage, and more.

The top 8 was named, and 2 more hopeful eliminated queens got a chance in being part of the top 10 queens as madlang people were given the power to vote.

The top 10 answered a one question from their respective judge --- picking of judges to ask is based on drawing. 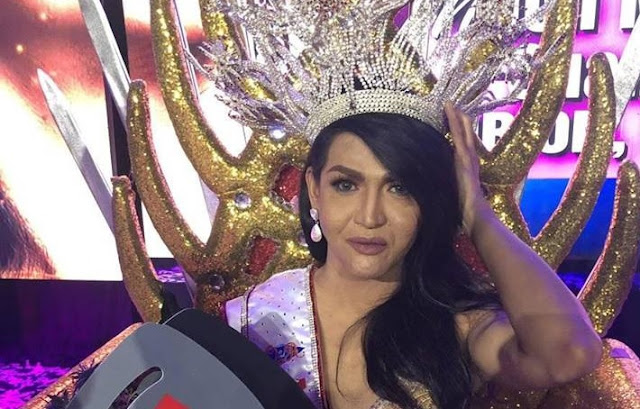 The top 6 then battle for a debate in pairs. Chad Kinis was paired with Anne Patricia Lorenzo. The question was "Which one has the most right to ask, Teacher or Students?", Anne defended "teacher", while Chad got the "students". Anne said that teachers should ask to know if the students has something learn and earn from their teachings, and it would be great to ask to know the students more that will help the teachers to connect to their students, while Chad said that students should be the one to ask because they need to know more from teachers. Teachers have more knowledge that should be asked for the students to know and learn. Chad won the debate and became part of the final three.

Brenda was paired with Mitch, and the question was "Which is better to see in the window early in the morning, flowers or bird?". Brenda got "flowers", and she defended "birds are not mostly seen in the window, the flowers are already there especially to those green thumb people who planted those flowers and will see that what they have planted is already blooming, while Mitch got "bird" saying that bird symbolizes freedom that when you see it you will be inspired. Brenda added that birds can't be seen out of the window most of the time, yet she added that flowers give food to birds that is why birds are coming to flowers to feed themselves. Mitch then used her words for her defense, saying 'you said it Brenda that birds are coming in to the flowers so birds can be seen outside of the window. In the end, Mitch won the round.

Ayesha was paired with Czedy. Ayesha's defense is in English and it is fast that people can't understand it very well. While Czedy slowly explained her side, and then Czedy won the round.

The final question is the same to the top 3, while remaining unquestion queens were wearing headphones. The question was "what do you think is the most reason why community is having a hard time in accepting your gender of choice (LGBTQ)".

Chad answered a bit baffling, yet was able to answer the question. She said 'this is due to standard norm that people become politically correct. People think that there are only two genders in the world. Despite the hardness of being unaccepted at some people, we are still fighting. We will continue to be assertive and not barbaric".

Mitch answered it in a good pace, giving the reason of the main reason why it is hard for the community to stop themselves from accepting the LGBTQs which is "we are sacred Catholics". "That ever since we as a children before woke up in the beliefs that in the bible there is only a man and a woman. But if given the chance to be accepted, you will know that we LGBTQs are superior, as well. we are called as "Bakla" (gay) --- Ba'ka'la (Bahagi Kami ng Lahat: We are part of everything). That is why we (as gay) are part of the community. No discrimination, we are all the same, created by God".

Czedy's answer was "the reason why community can't accept LGBTQs easily is gay themselves can't accept themselves as who they are. Myself, as well, did not accept myself being gay by denying my gender of choice to my siblings, and my family because I am afraid (of rejection), afraid of being judged. Yet after the moment I accepted who I am (as gay), my family is here supporting me, and I was afraid that they will be mad at me as an adopted child, and I want them to be proud of me. This is my moment, this is my time, this is where I'm coming from... acceptance is the key, if you accepted yourself for who you are the community will accept you too".

In the end, Mitch Suansane was named as the Miss Q and A Intertalaktic 2019 winner. 1st runner-up was Czedy Rodriguez, and the 2nd runner-up is Chad Kinis.

The Miss Q and A 2019 gave minor awards to the deserving queens of that day. 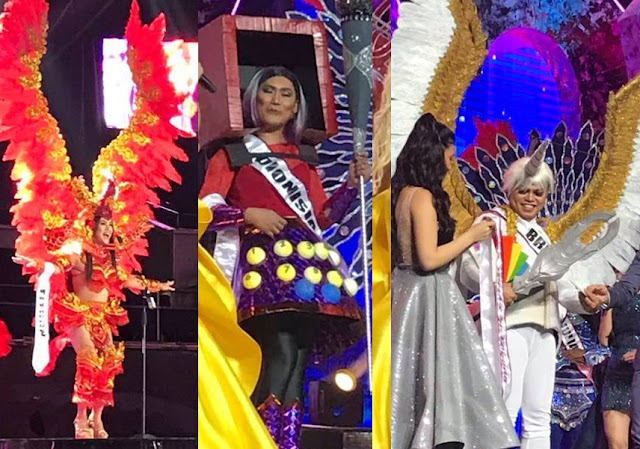 Image from It's Showtime

Miss Dionisia Clara Dela Fuente won the "Best in Chukchak award" which was won before by Odessa Jones. "Beks in Costume" was won by Elthon Bequio, and "Beshie ng Bayan" (Miss Congeniality) was won by Brenda Mage.

A lot of prizes were given not only to the winners. But the Miss Q and A Intertalaktic 2019 winner got the most which were Negosyo Package, brand new car from Aficionado, ₱500,000 retoke package from Above, crown worth ₱450,000, an all-paid expenses trip for 2 to South Korea, and more... and most importantly bringing home ₱2 million.
Share to: