Armida Siguion-Reyna passed away at the age of 88

entertainment 6:54 PM
A+ A-
Print Email
Philippine-icon Armida Siguion-Reyna passed away this February 11, Monday, according to Irma Potencia, her sister. She died due to cancer.

The theater-actress, singer, and producer has left the world at the age of 88. 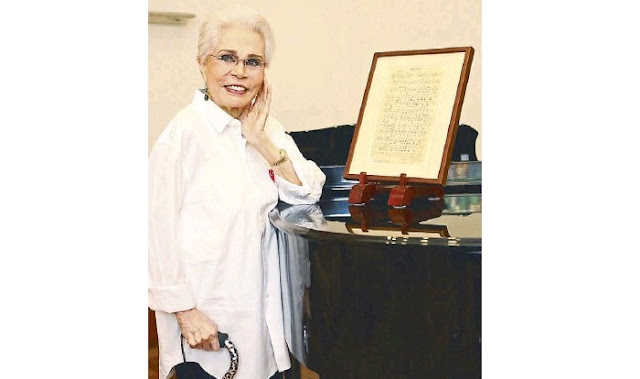 She is one of the images in Philippine showbiz industry. Most people recognizes her as a presenter of the popular show in the early years, "Aawitan Kita" (I Will Sing for You).

Armida was the girl of Purita Liwanag, one of the early alumni of the University of the Philippines College of Music.

Liwanag was a growing soprano when she met Spanish-mestizo legal counselor legislator Alfonso Ponce-Enrile. The man demanded that a lady's turf was just at home, so while he making the most of his philandering ways, she simply remained at home and in the end surrendered her fantasy of turning into a vocalist.

In the family's terrific residence Malabon, Liwanag unobtrusively brought up her kids, Armida and her sister, Irma Potenciano, likewise a known soprano, far from the rumormongers of Manila.

The sisters couldn't go to renowned Catholic schools, regardless of whether the family needed to, due to the issue of authenticity.

Rather, they went to Far Eastern University (FEU) and Philippine Women's University (PWU), by ideals of their dad's associations. In 1946, be that as it may, after World War II, Don Alfonso formally got married with Liwanag.

She was 18, when she met her stepbrother, Juan Ponce-Enrile, at that point 21. He was Don Alfonso's child with Petra Puruganan of Cagayan.
Share to: