entertainment 4:45 AM
A+ A-
Print Email
Hollywood star, Darren Criss, whom we loved and met on Glee is a no secret half Filipino. His mom is from Cebu City, Philippines who got married to an American man.

One thing you didn't know about Criss, he has a dual citizenship (via info in Wikipedia). He is registered as a Filipino citizen aside from being an American citizen. It simply means he can travel and live in the country of Filipinos. 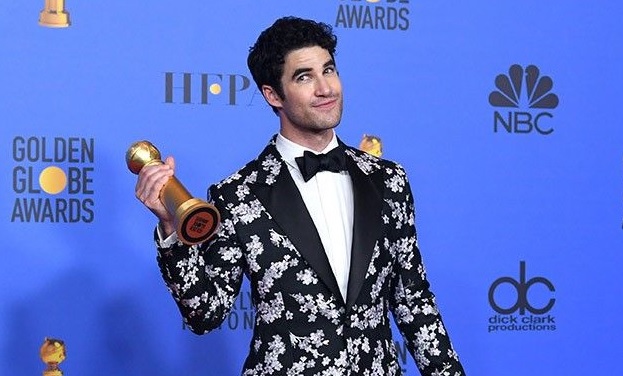 Back to the topic, Criss attended a prestigious award giving body event, known as Golden Globe.

His series was nominated in Best Limited Series or TV Drama category and so himself was nominated as Best Actor in the same category with his devotion portraying the Filipino-American assassin, Andrew Cunanan, of the famous Gianni Versace on a special drama (limited series or TV movie): "The Assassination of Gianni Versace: American Crime Story".

Criss brought home the bacon as he was named the Golden Globe winner for Best Actor in a Limited Series or TV Movie this year and that is for his unforgettable portrayal of the assassin who killed five men including Gianni in 1997. The series won, as well.

During his speech on stage, Criss thanked his mom and even mentioned of being happy to be part of the Filipino community.

He said, “this has been a marvelous year for representation in Hollywood, and I am so enormously proud to be a teeny tiny part of that as the son of a firecracker Filipino woman from Cebu that dreamed of coming into this country and getting to be invited to cool parties like this. Mom, I know you're watching this”. He added, “I love you dearly. I dedicate this to you. This is totally awesome”.

The actor even said on a backstage interview that being half Filipino is one of his favorite things about himself.
Share to: