"Where is Mocha?" House concedes once more PCOO spending plan over Uson nonappearance

local, news 8:18 AM
A+ A-
Print Email
On Tuesday, October 2nd, the congressional discussion on the proposed ₱1.474 billion spending plan of the PCOO (Presidential Communications Operations Office) has been conceded once again after Assistant Secretary Mocha Uson did not appear in the proceeding.

PCOO's financial plan gathered experience whole consultations around past 3 in the afternoon, Tuesday, with Parañaque Representative Eric Olivarez supporting the organization's distribution for 2019 when the booked interpellator. 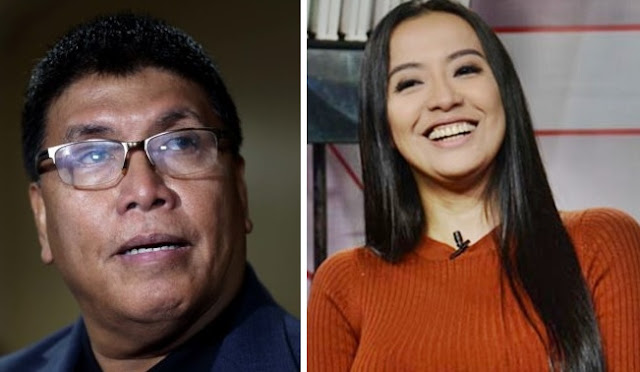 ACT-Teachers Partylist Rep. France Castro, scrutinized the nonappearance of Uson inside the session lobby. Presidential Communications Secretary Martin Andanar revealed to Olivarez that Uson's was at present "in travel" back to Manila in the wake of going to the yearly UN (United Nations) General Assembly in New York a week ago.

Accordingly, Castro communicated alarm with the ongoing nonattendance of the Malacañang official in each spending hearing for the PCOO since it was first handled at the Committee on Appropriations last September 6th. Delegate Speaker Raneo Abu, the directing officer amid the method, chose to suspend the thought.

In a cluster with legislators and PCOO, Deputy Speaker Prospero "Butch" Pichay Jr. (Surigao del Sur) reprimanded authorities of the office in the wake of neglecting to meet its guarantee to convey Uson to the Lower House. Pichay said "Bakit sinabi niyo andito na [referring to Mocha], (tapos) ayaw pumunta dito?! Yun ang sinabi niyong lahat eh! Sabi andito na sa Pilipinas, yun pala wala pa!" (Why did you say she's here, (then) doesn't want to be here?! That's what all you said! You said she's in the Philippines now, then (we'll know) she's not yet here!).


Pichay proposed that the financial plan of Mocha's office ought to be conceded until the point that she shows up at the House whole. Pichay said "i-pa concede na lang yung spending ni Mocha, yung other appended organizations (under PCOO) may continue" (to be conceded the spending of Mocha, the other appended organizations (under PCOO) may pursue).

Upon the resumption of the technique, Castro moved to end the interpellation of the financial plan of the PCOO's connected organizations aside from the PCOO legitimate were Uson has a place. In a trap talk with, Pichay said the spending dialog of PCOO legitimate has been conceded until the point when the previous diva goes to the thought. Pichay said "I feel terrible, they didn't gave the correct data (on Uson's whereabouts) … conceded until the point when Mocha comes,".

Last September 25th, Castro moved for the delay of the spending endorsement of PCOO until the point when Uson answers her three-page rundown of inquiries on different contentions encompassing her job in the office.

Some netizens response by asking "why there's a need for Mocha to have the budget approved when the Secretary of PCOO is there, is Mocha has a case to answer?".

They added, "if there's something that the congress wants from Mocha, then they should separate the proceeding".
Share to: