entertainment 9:15 AM
A+ A-
Print Email
The internet sensation who does head bang dance, Mader Sitang Buathong from Thailand, arrived in Manila, Philippines on Friday, October 19th.

She will be having a series of show in Manila. 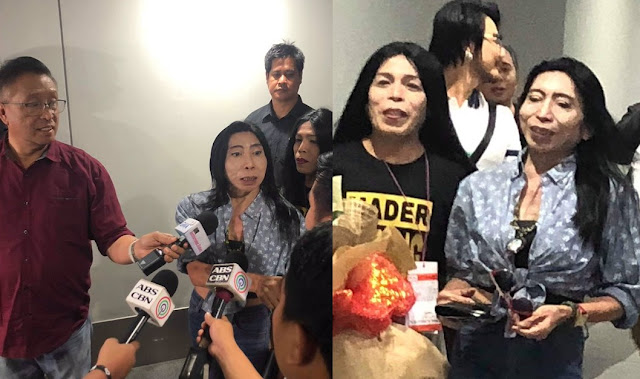 The transgender dancing comedian, who is likewise mentioned as lawyer, arrived Friday evening, in time for a "meet-&-greet" in Quezon City.

59 year old Mader Sitang, is known for her "head toss" recordings, in which she moves by flipping her hair forward and backward, once in a while with shirtless men out of sight. Her viral recordings have propelled spoofs, even among Filipinos.

It was heard that Mader Sitang is one of the Yolanda donors, she is as well a brand ambassador, and known for her good wills. It was mentioned that she likes to help people who are in need. 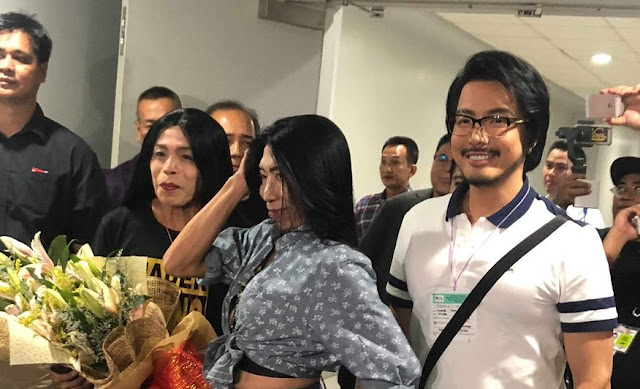 Many Filipinos are waiting for her to visit the country, and we do hope that people would embrace her respectfully and with love, so that she will have a good time in the Philippines, and by the time she arrives back home in Thailand, she can tell everyone how welcoming the Filipinos are.

There are rumors that Sitang will be having an appearance on ABS-CBN's noontime show "It's Showtime" and many people are looking forward to it.
Share to: