entertainment 8:16 PM
A+ A-
Print Email
The PMPC 2018 best comedy actress, Rufa Mae Quinto tweeted and tagged Ethel Booba a parody of Darren Espanto and Juan Karlos Labajo feud, with her own version, "retoke at its finest".

After the viral feud of two The Voice kids alumni, Rufa put her own comedy stint version of the feud on her social media, where in she tagged Ethel with a 'retoke' (plastic surgery) issue. 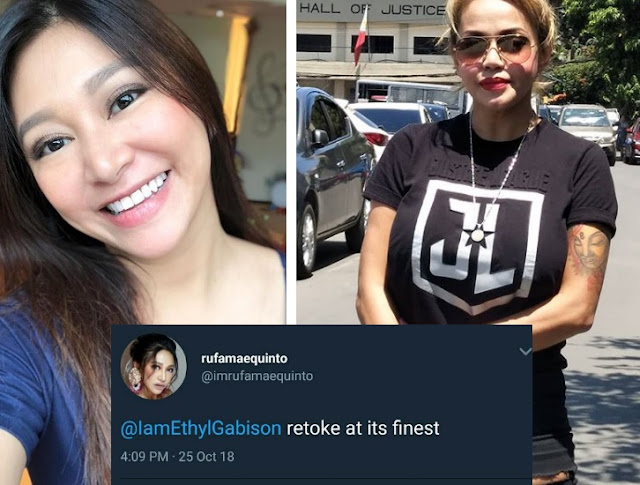 Ethel did not miss the opportunity to response, she then tweeted, "what a timing, right? The 'hacker' deleted the tweet after the management talked to you". 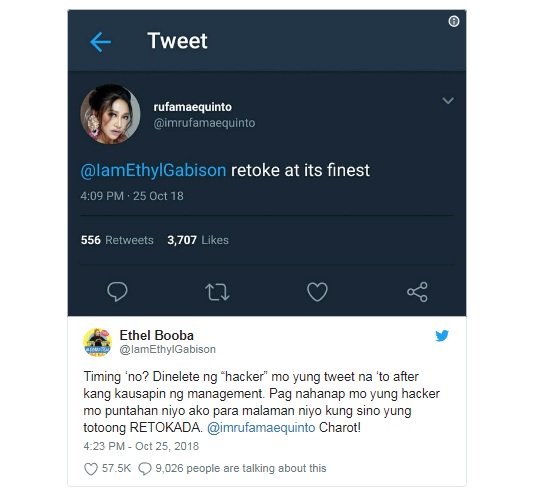 "If you found the hacker, go to me so you will know who is the real 'RETOKADA' (undergone plastic surgery)", and tagged @imrufamaequinto ended with Charot! (Translated from Filipino).

Despite the fact that this kind of tweet affects the relationship of young celebrities, Rufa and Ethel cleared that these are all jokes and nothing serious.
Share to: