Plead not guilty, "Thinking Pinoy" blogger on Trillanes case filed against him

The case originated from Nieto's online life post in October 2017 guaranteeing that US President Donald Trump as far as anyone knows called Senator Antonio Trillanes IV a "narco", a casual word for medication master/drug lord. 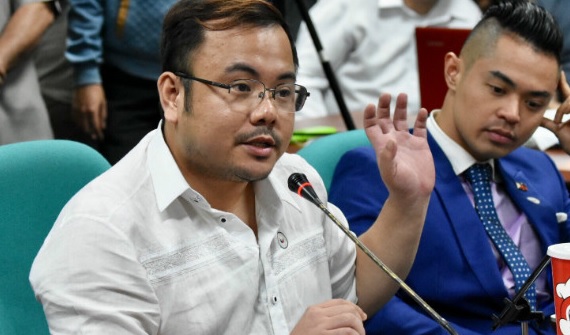 Nieto's camp at first asked the Pasay Regional Trial Court Branch 111 to defer his arraignment yet Judge Wilhelmina Wagan rejected the demand, saying it will conflict with the courts' order of a rapid preliminary. Nieto conceded amid the pre-preliminary that he oversees and composes for Thinking Pinoy, and that he made and transferred the post that marked Trillanes as a "narco".

Court Prosecutor Alan Mangabat said his camp will present to the court Trillanes, and 2 different observers.

Nieto's camp, in the mean time, showed 5 witnesses. The blogger declined to remark working on this issue, telling journalists, "Allows simply sit tight for the preliminary."

The following hearings are determined to December 5 and January 30. The post on Nieto's open record was shared by 15,000+ estimation Facebook engagements and created an estimation of 62,000 responses.
Share to: