local, news 3:58 AM
A+ A-
Print Email
The Immigration Bureau has denied Patricia Fox's, Australian nun, allure on the non-reestablishment of her "missionary visa". The Bureau of Immigration (BI) said the interest was 'simply an emphasis or repeat of contentions as of now submitted, and observed to be without legitimacy', in an announcement Monday.

The authority prior denied her demand to recharge her 'missionary visa' which terminated on September 5th. 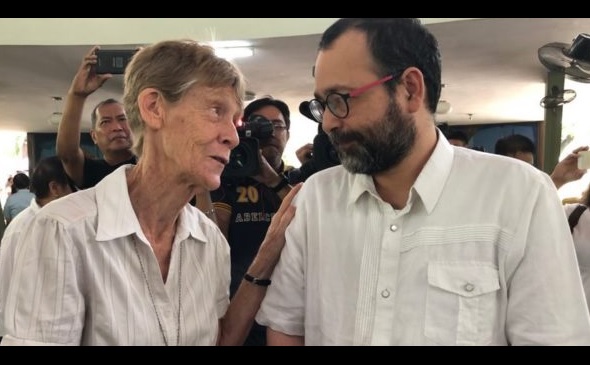 The authority, which is under the Department of Justice (DOJ), denied her demand on September 13th, referring to its expelling request in July.

BI Spokesperson Dana Krizia Sandoval said "the BI as of now observed that Sister Fox disregarded the states of her remain and is viewed as bothersome, thus an expelling request was beforehand issued against her".

Sandoval said Fox is required to apply for the minimizing of her visa --- from minister to transitory guest --- 15 days subsequent to getting the refusal arrange.

She will then be permitted to remain for 59 days until the expiry of her new visa. The BI requested to oust Fox on July for her cooperation in divided political exercises which damages the terms of her (evangelist) "missionary visa".

Fox recorded an appeal to survey her expulsion case with the DOJ. Equity Secretary Menardo Guevara said the authority has presented its remark on Sr. Fox's appeal. 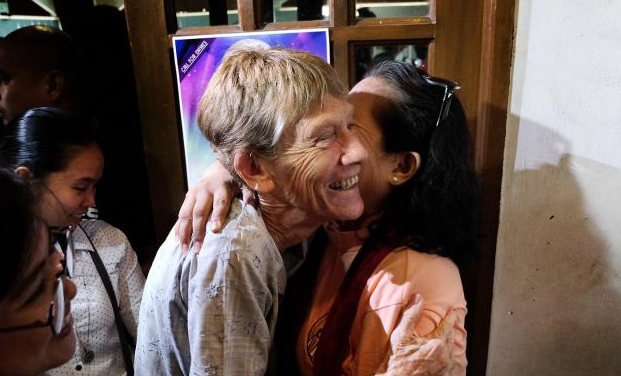 Guevarra said "the issue is currently submitted for the DOJ's thought". The BI still can't seem to sit tight for the DOJ's choice on the request before following up on Fox's expelling.

Fox can remain pending the DOJ interest of her expelling. She can remain for 59 days gave she changes over her visa to brief status. In April, Fox was captured for going to a rally which apparently abused the states of her "missionary visa".

She was discharged multi day later however the agency reported that it relinquished her "missionary visa". Be that as it may, the DOJ disavowed this request since visa relinquishment isn't inside the BI's ward.
Share to: