viral 6:09 AM
A+ A-
Print Email
The first day of the Viral Sensation Sitang Buathong AKA 'Head Bang Girl' in Manila, Philippines went well. She went to have a tour in the Luneta Park and gave a salute to PH national hero, Dr. Jose Rizal.

Sitang, after the Luneta Park touring, she walked around the streets in Manila and was captured giving 500-peso bill to a baby being held by a mom. 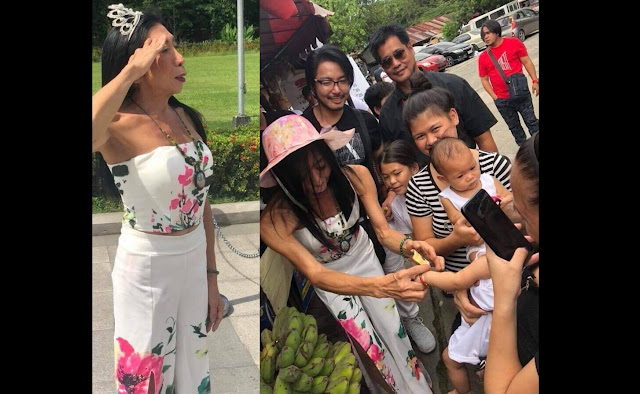 She was mentioned online as one of the Yolanda donors. The image captured giving money to a child shows she is really has a very kind heart.

The transgender endorser-comedian from Thailand was shown love by her Filipino fans. Her Filipino manager also posted online that both of them, Sitang, were invited by television shows, politicians, and organizations. 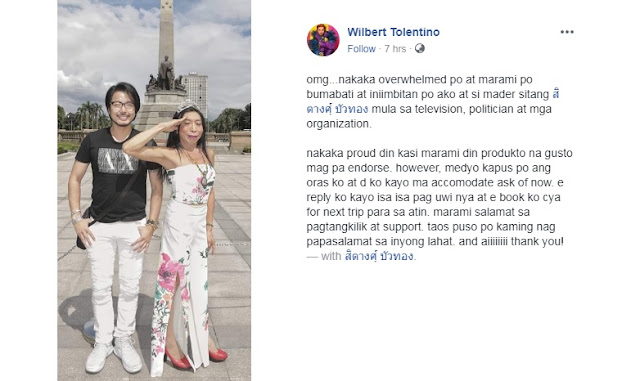 They were also overwhelmed of the people who invited them to endorse products, and so on, sadly the schedule is full for Sitang and cannot accommodate as of the moment, but the manager mentioned that 'he will be sending a response to each inquiries and may invite Sitang back to the country for another booking schedules'.

Sitang will have a set of meet-and-greet, and was seen being interviewed by a Kapamilya anchor, Ms. Korina Sanchez, most probably for Rated K.
Share to: