entertainment 4:51 PM
A+ A-
Print Email
Darren Espanto continues to add pieces of woods to ignite the fire between Juan Karlos Labajo and himself, as he posted on Twitter to see each other in court.

Espanto ranted on Twitter after The Voice alumni-singer Labajo posted 'gayness at its finest' while tagging his name. 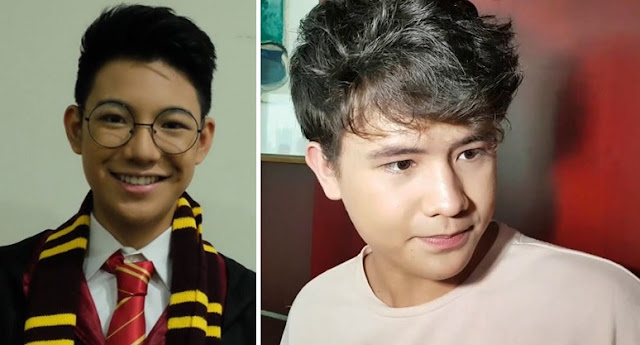 He responded in public questioning why 'Labajo said his account was hacked yet remove the gayness post after the management reached him (Labajo)'. Labajo did air his response though he said that he tried to reach Espanto privately for a talk about the incident. 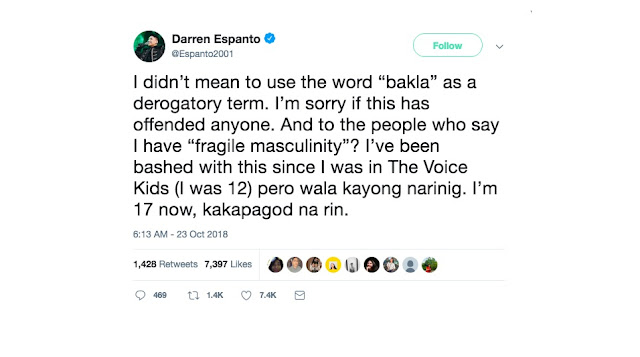 He then said that 'he has been bashed as gay since The Voice Kids season 1, and he is now 17, he became tired of it'. Espanto then said that "since Labajo posted their chat (which Labajo deleted), at first he claimed it was a hacker, and now it's been edited, and appeared on his account (?)". 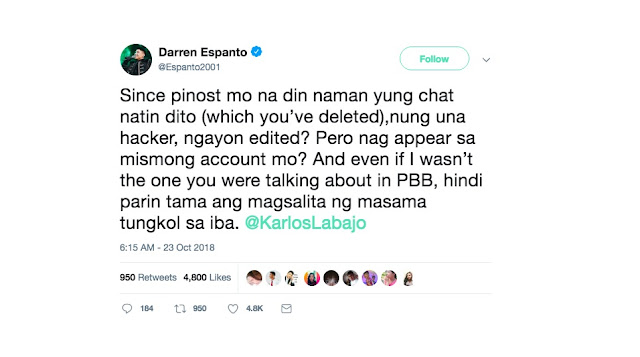 He then added that "even he was not the one being talked about in PBB, it is still not good to talk about others". He also added that he will not be competing against Labajo about being ill-mannered because he knew that Labajo is ill-mannered as said on twitter by Labajo himself.

Espanto then threatened Labajo to see each other in court if Labajo is not busy, coz Labajo is now famous. 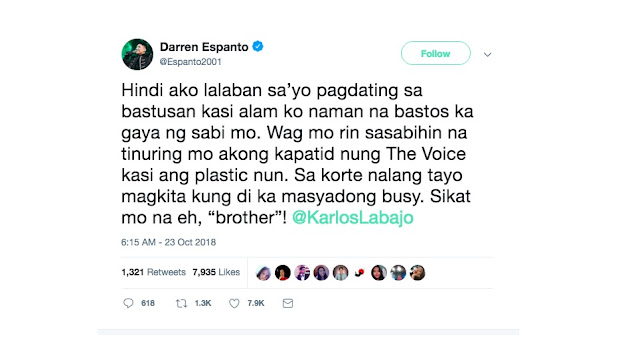 Labajo, as of writing, has no found response yet about Espanto's additional tweets.
Share to: