lifestyle 9:14 PM
A+ A-
Print Email
47-year old Ceferino Angco, needed to visit the graves of his family and relatives in Carmen town, Bohol amid All Saints' Day however did not have cash for a vessel charge. Resolved to go home, Ceferino chose to swim his direction home late Saturday night. In any case, he was not able go far.

Individuals from the Bantay Dagat Commission saw Angco clinging to a skimming styrofoam around 8 in the morning on Sunday and angled him out of the waters off Talisay City. Filling in as a forager in Cebu, Angco said he couldn't stand to purchase a ticket for a pontoon ride to Bohol. 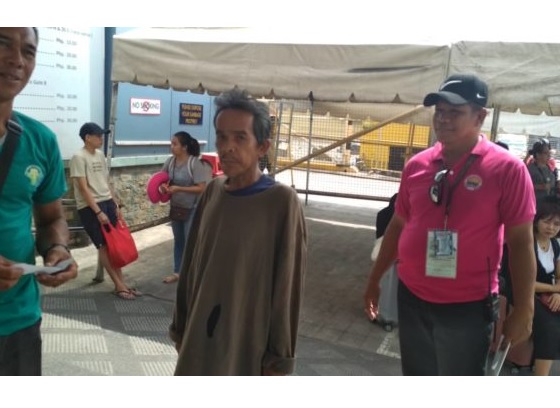 So he chose to swim and cross the Cebu Strait, which isolates Cebu and Bohol islands. A quick art from Pier 1 in Cebu City to Tagbilaran City in Bohol would cost in any event ₱500 and would take something like two hours of movement.

A quick art from Pier 3 in Cebu City to Tubigon town in Bohol would cost about ₱250 and would take 90 minutes.

Angco said "mauwaw man ko mangayog pamplite gyud (I am shy to approach cash for passage --- fare)". So he began swimming from the region of Malacañang sa Sugbo in Cebu City around 11 in the evening on Saturday. 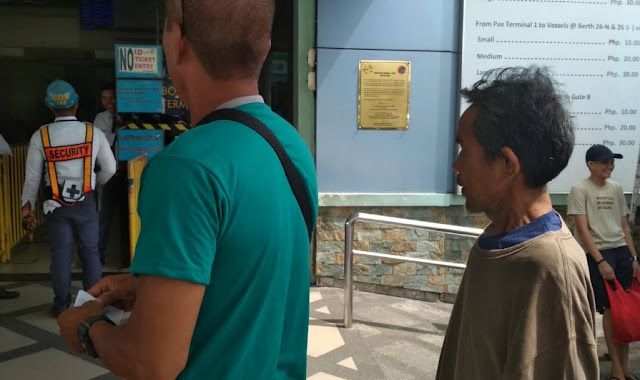 Only a couple of meters after, weariness expressed to set in. Angco then held tight to a drifting bit of styrofoam to remain above water. He was in the waters off Talisay for nine hours until the point when he was protected around 8 in the morning on Sunday when Felix Angco and different individuals from the Bantay Dagat angled him out.

Felix, who isn't identified with the forager, said Angco looked depleted from paddling his styrofoam. He said they conveyed the scrounger to the Bantay Dagat Office in Barangay Cansojong, Talisay where he spent the night.

Felix said "ingon siya mas maayo kuno nga molangoy nalang siya ug dili mubuhat ug dautan, kay kung naay makakita niya, naay makakaluoy niya (He said it was better that he would simply swim to [Bohol] than perpetrate a wrongdoing since somebody may see him and show compassion for him)".

What's more, in fact, somebody had compassion for the scrounger. Talisay City Councilor Antonio Bacaltos Jr. gotten him a watercraft ticket so he could go home to Bohol. Angco rode a quick art that left Cebu port at 1:30 in the evening on Monday. He was at long last going home.
Share to: