viral 3:38 PM
A+ A-
Print Email
Two Filipino-Americans in United States spent time, effort, and money to do a crazy prank in their favorite McDonald's branch.

Friends, Jevh Maravilla and Christian Toledo, were inspired by the movie "Crazy Rich Asians" and decided to pull off a crazy prank. 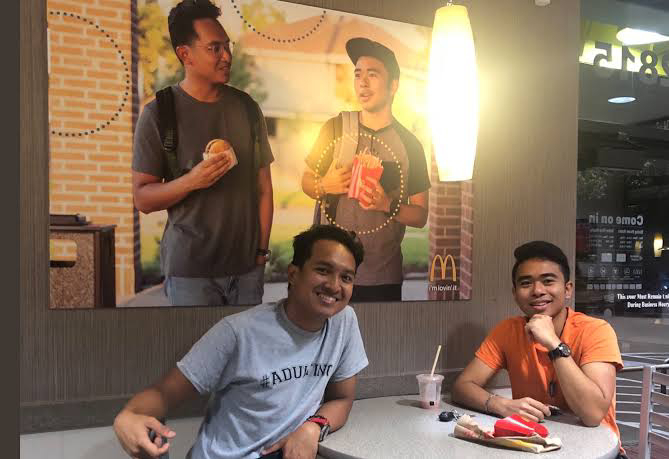 They took a photo of themselves with a so look-alikey McDonald's items and sent it away to have it printed. They paid for a poster service to make the portrait looks surreal in time that the photo will be placed on the fast food's wall.

In order for them to successfully hang their poster, they find a store that sells McDonald's uniform. They even created a fake badge (ID) that says, "Regional Interior Designer". 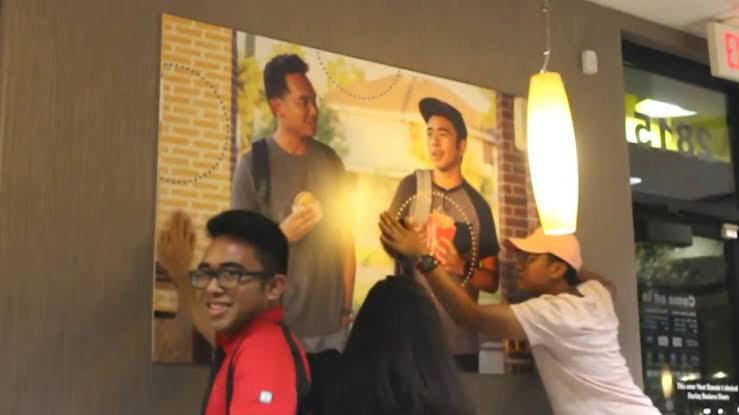 One day, they went inside the McDonald's branch where they are eating at times and brought the huge poster of themselves. After wearing the McDonald's uniform, they did hang the poster successfully.

Their poster was hung on the wall for almost 2 months, exactly 51 days after they posted their prank on a social media site --- which most probably got McDonald's attention.

They were a bit worried to get a negative outcome from the prank, or face charges.

But then, after the post went viral, Ellen DeGeneres invited the two for a guesting.

On the show, Ellen, they revealed that Jehv's mom knew about the prank after he brought his mom to eat in the restaurant. At first, his mom did not approve it.

After arriving home, his mom can't help but laugh.

Sadly, the photo needs to be removed because the branch are planning to renovate the store. 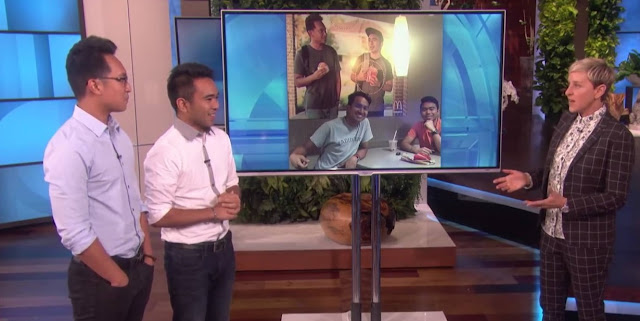 He then mentioned that one of the corporate persons in McDonald's called them to invite them in an event. What's more surprising, Ellen said that McDonald's likes to take them for marketing business (product endorser) and even got paid ahead of time amounting to $25,000 for each of them.