entertainment 7:47 AM
A+ A-
Print Email
These gentlemen give us different tastes in fashion and we look deeper on it, and we see some great outfit of the night on ABS-CBN Ball 2018.

There are many good looking stars, but on our personal pick, we have a few who handles their attire in fashion and creativeness. 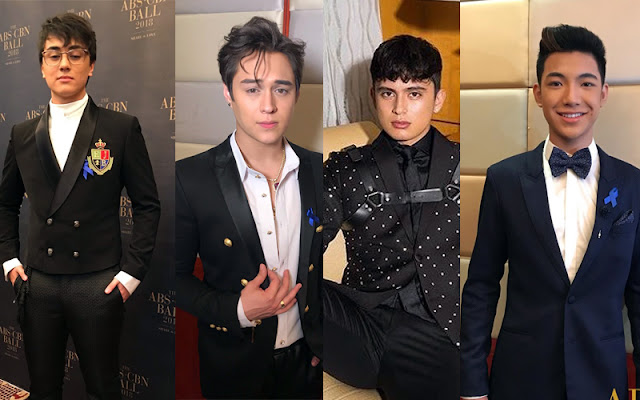 Inigo Pascual on his back to school formal attire. He looks like he is wearing a backpack with his tuxedo, but we check his footwear and it matches the perspective we have on his idea of wearing the clothes. He is like a guy in school who wears a uniform but doesn't really care if he doesn't wear black shoes, it's rebellious yet fashionable.

The color combination of his outfit looks good on him. 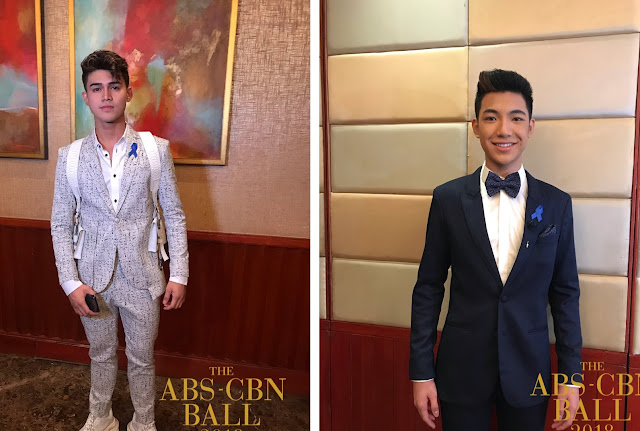 Darren Espanto on his dark blue tuxedo is simple yet stunning. He looks so handsome and gentleman on his outfit. The bow tie looks cute on him. He is like a K-pop professional with his fashion choice.

Arjo Atayde's red and black tuxedo gives a "vampirish" effect, and if you are playing Sims 4, it seems like he took the handsome vampire's outfit in the Forgotten Hollow world. He looks gorgeous on his dress, a red velvet with a toss of chocolate cover, and it sounds tasty. 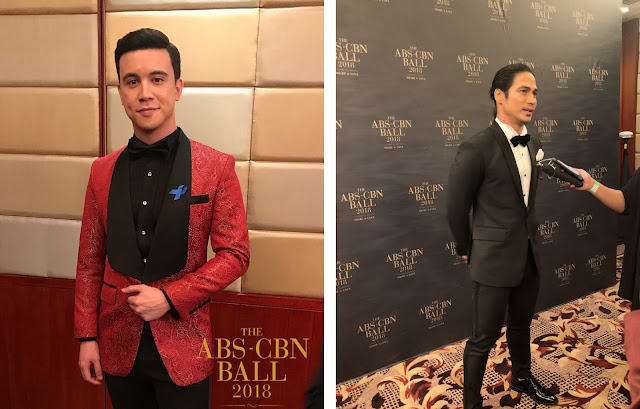 And this guy, for whatever reasons, he can wear rugs but he will still look amazing. No outfit could make Piolo Pascual ugly, he will always be stunning. His choice of wearing a classic tuxedo attire will not make him outdated.

Kyle Echarri's outfit looks good on him, and as we see the belt, it looks good and cowboyish. Thus, the combination all in all doesn't do a cowboy but an admiral prince. A guy that someone may wishes to be dating with, but he is young and people may wait. 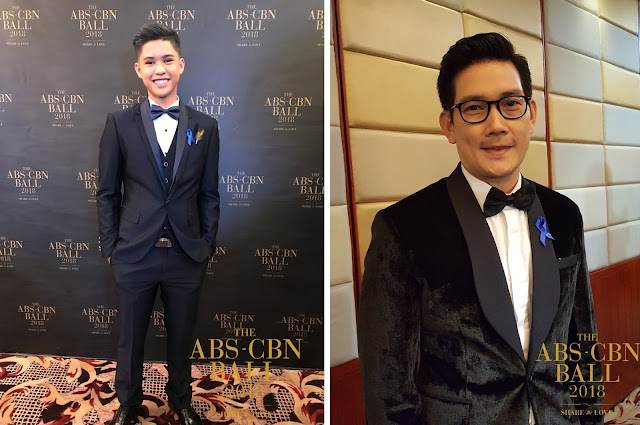 Sir Chief Richard Yap is ageless. His choice of wearing a "black shade-swap" clothing is amazing as the tuxedo would give a heavy and light black change on every angle every time the lights hit him.

James Reid's kinda bad boy tuxedo looks fit on him, and if you will check his partner's clothes, Nadine Lustre, it has a fashion resemblance. The belts on his tuxedo wrapping around his chest and back looks like having an inspiration from the movie, "Fifty Shades of Grey". He is truly, as well, giving us a vibe of Grey. 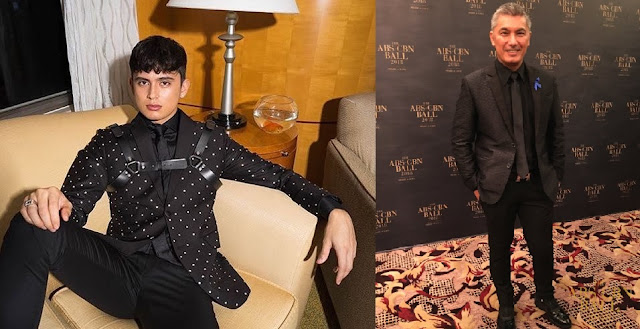 Sir Albert Martinez, the guy on every Kapamilya teleseryes never grows old. The texture of his tuxedo and the way he handles it gives us a gorgeous rich guy vibe. 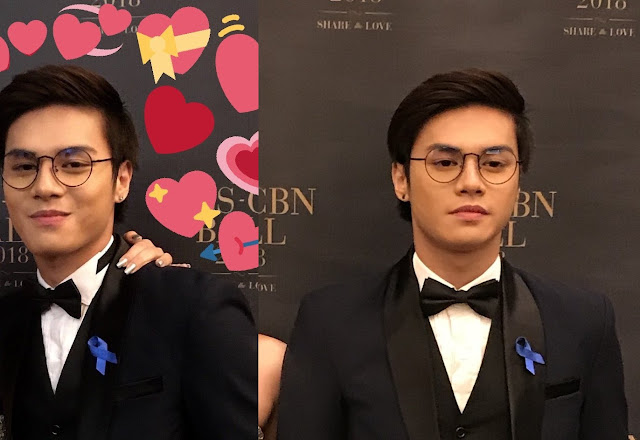 Ronnie Alonte, the guy who always look good on camera, and in person. He wears a simple formal attire but he still looks expensive. His eyeglasses give a Harry Potter vibe, but with or without it, he is tasty and awesome. 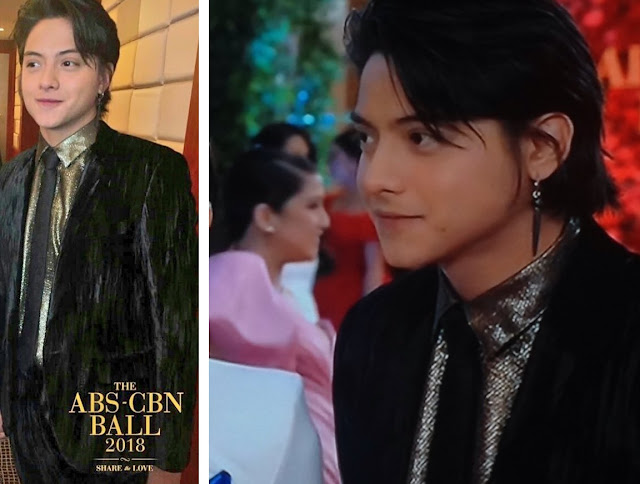 Daniel Padilla looks stunning on his attire. As you see the gold color matches the texture of his tuxedo and made him having an incredible fashion taste. His hair and earring made the whole looks great. 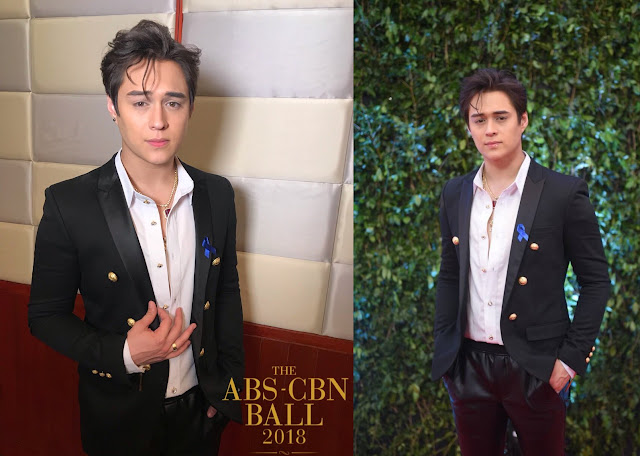 With a kinda Aladdin pants, Enrique Gil will always be handsome. We like the way he had the inner part of his outfit halfway open and the necklace is on point --- giving us a Macedonia vibe. What we like about him the most is his outfit looks great with the blue ribbon (which most artists are wearing in the party), but the blue ribbon gives more class on his attire.

And the heaviest top picks we have are, Donny Pangilinan and Edward Barber. 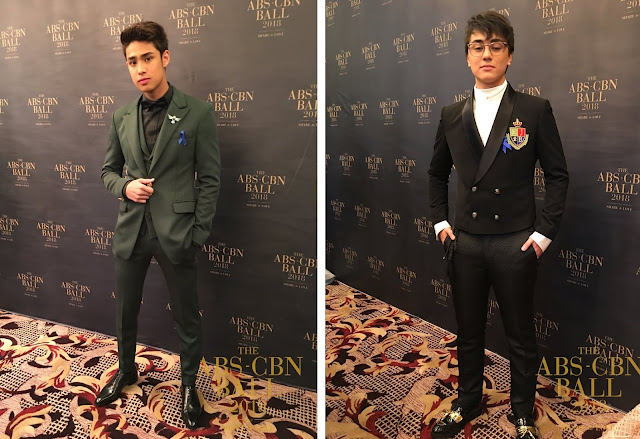 Donny Pangilinan's green and black combination looks so amazing on him. The way he carries his clothing makes it super special. We like how the inner cloth covers the body and shows only his neck. His brooch suits his attire, and so the blue ribbon seats well on his tuxedo's pocket.

And then here's Edward Barber, the outfit that has a very 'Londonish' vibe. We like that he is kinda wearing a college-like tuxedo, and the tuxedo's logo compliments the shoes. The turtle neck inner clothing seats well, plus the eyeglasses he wears... just perfect. We like it so much.

How about you? Do you have anyone in mind not listed? I'm sure there are... as many of the male stars look fabulous last night.
Share to: