Moira dela Torre rumored of having a bad attitude

entertainment 5:31 PM
A+ A-
Print Email
The trendy singer, Moira dela Torre, became a hot topic after posting on her social media that she is performing in Iloilo for the Iloilo people and not for the Marcos family and she will never be a Marcos "apologetic".

Moira went to perform in Iloilo and based on her story, she thought that she will be performing for millenials and then she posted on Twitter that "This Marcos Fest was supposed to be called I-Millennial Fest" followed by, "I am not a Marcos apologetic. Never will I be". 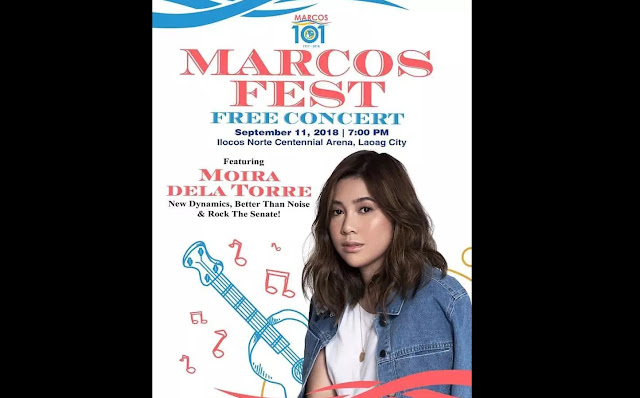 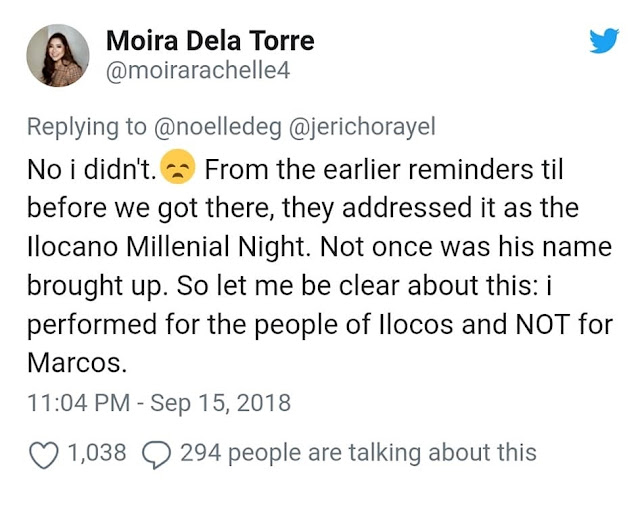 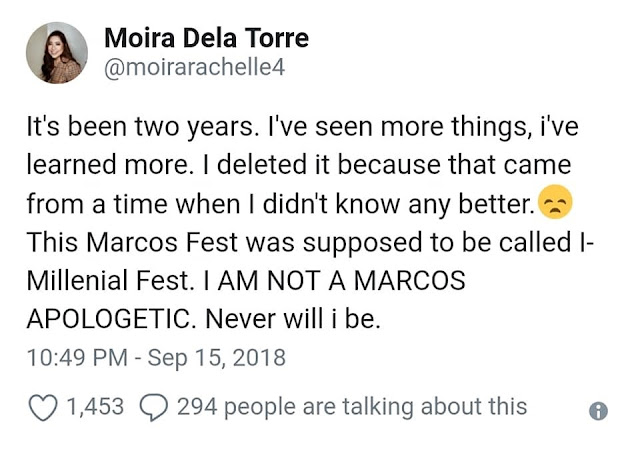 Some people from Iloilo responded to her saying that she was invited and she should have known that this event is called Marcos Fest. Some accused her that she was demanding, demanded her fees, and she has allergies. A number of people went mad about her attitude, some even said that she has no voice that time and 60% of her performances went to microphone passing to audience, and she was even late. 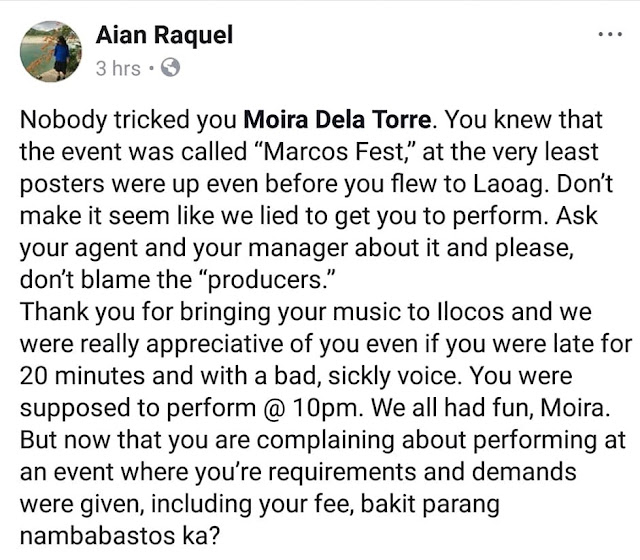 She performed 5 songs for her fans and the governor requested for one more song, and sadly based on a netizen, she turned the request down. 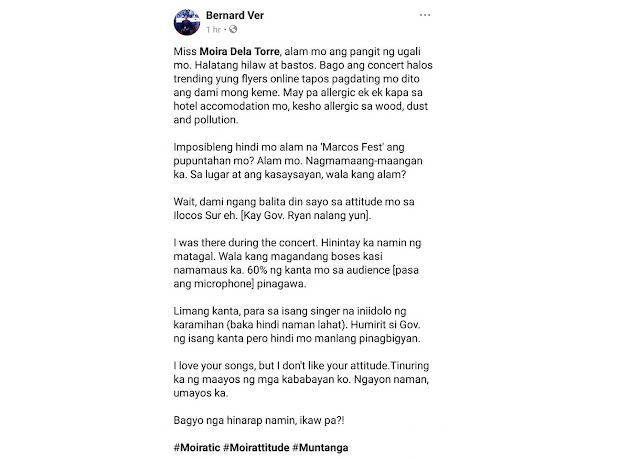 A netizen, as well, posted about the issue that "she should've known that she will be performing for a Marcos 101 event, and if she doesn't like it she should have declined it". Then the netizen said that "it is probably because of the money that she accepted the event". 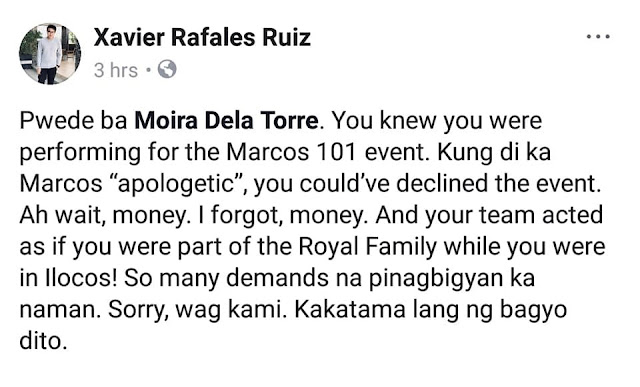