Duterte guarantees to ban quarrying and mining as he visits landslide survivors in Naga, Cebu

local, news 2:08 AM
A+ A-
Print Email
Landslide survivors that happened in Barangay Tina-a, City of Naga in Southern Cebu encouraged President Rodrigo Duterte to execute an aggregate restriction on quarrying and unpredictable mining. On Friday night, survivors influenced territories in Sitio Tagaytay and Sindulan issued the consider when the President visited them in their departure site at the Enan Chiong Activity Center in Barangay South Poblacion, City of Naga.

Amid a collaboration with the evacuees, President Duterte guaranteed them that he is chipping away at restricting mining before he ventures out of office. Duterte said, "ibawal nato na (let's prohibit that)". Before Duterte touched base in the City of Naga, DENR (Department of Environment and Natural Resources) Secretary Roy Cimatu requested an examination on the landslide occurrence in Sitio Sindulan. 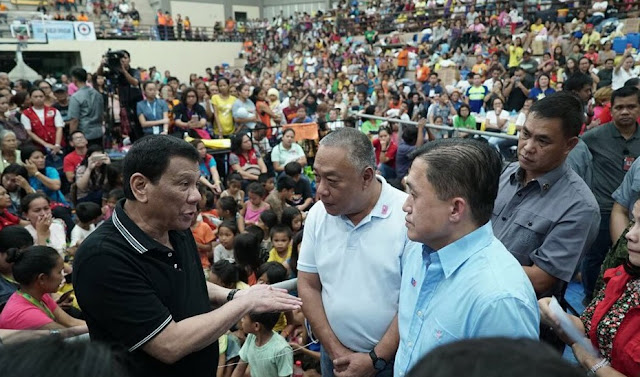 Cimatu requested the help of four best authorities of the Mines and Geosciences Bureau (MGB-7) after they issued an off base appraisal of breaks in Sitio Tagaytay, Barangay Tina-a where the landslide began. Cimatu likewise suspended the ecological consistence declaration of Apo-Cemex Corporation and Apo Land and Quarry Corporation, who possesses the quarry that crumbled.

Following the avalanche occurrences in Barangay Tina-an and Itogon in Benguet, Cimatu likewise requested the suspension of quarrying activities in the greater part of districts in the nation, pending a survey on the entirety of their tasks. Duterte told evacuees that the national government will bear the medicinal and internment costs of the individuals who were straightforwardly influenced. 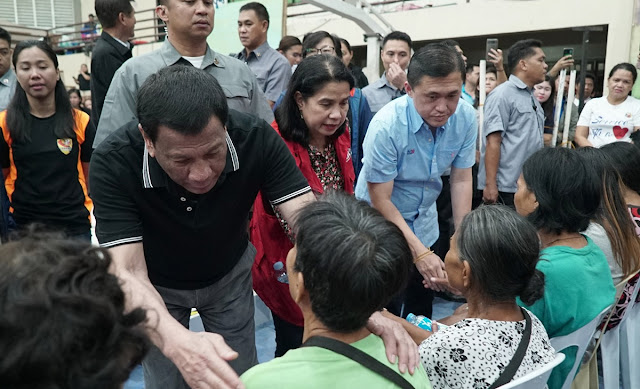 The President likewise guaranteed that those living in closeness to ground zero will be moved to more secure regions. In any case, Grace Ocampo, 50, from Sitio Sindulan, encouraged Duterte and nearby authorities to forego the movement and simply boycott quarrying in their general vicinity for all time.

Ocampo, one of the survivors of the savage avalanche in Barangay Tina-a, said she and her neighbors don't consent to the offer of the city government to migrate them to a property near the ocean. Ocampo stated, in Cebuano, "on the off chance that we exchange close to the ocean, at that point it's the same as exchanging back to the 'landslide' region. Both are dangerous regions".
Share to: