entertainment 2:00 AM
A+ A-
Print Email
Brian Gilles is a popular person in Leyte who has been serving as Councilor in the place, he as well became popular online after his video together with a previous finalist of Tawag Ng Tanghalan, Reggie Tortugo, went viral.

On September 4th of 2018, Brian finally went to compete on TV --- It's Showtime's Tawag ng Tanghalan. He revealed that he auditioned last September of 2016 and was called to compete just this month of the year. 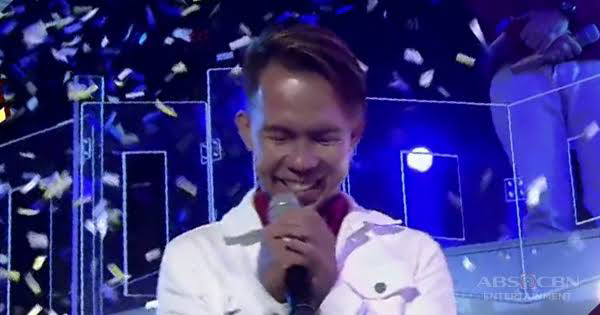 Many people who admire his voice asking him to compete on the famous TV singing competition and the wait is finally over as he went on to win the golden microphone.

Judge Gary Valenciano finds him great especially his voice is powerful and the fact that he did not do anything to change the song, the judge is impress.

Gary is simply happy that Brian just sing the song just the way the song is in spite of the fact that he can do some arrangements or any acrobatic delivery to the song just because his voice is that great.

He then congratulates Brian for a job well done.

The other judges were agreeing to the Puno'ng Hurado's comment.

He then won as the daily winner and competed on the final round of the day.

"Love Always Finds a Way" by Peabo Bryson was the next song he performed. The song is a bit tricky because it's pace on "singing it" is a bit faster but he managed to win against the defending champion.

Brian won the day and will continue to defend his title, which in hope, he could get to the semi-finals up to the finale of this year's Tawag Ng Tanghalan.