Hurrah! for the Four season 2 winner

entertainment 5:42 PM
A+ A-
Print Email
The Four, Battle for Stardom, has been a successful show since season one where Evvie McKinney won as the first 'The Four' grand champion. Now it's season 2 and the final four includes 2 original Four members of the season.

The battle was James Graham VS Sharaya J VS Leah Jenae VS Whitney Reign. The first round was everyone is giving a performance to impress the audience.

Whoever the audience pick will get the chance to choose to whom he/she will have a battle with.

All videos in this article are courtesy of YouTube/Len Ken

Whitney did her version of "Lady Marmalade" originally sung by the group Labelle where one of the members is the legendary Miss Patti LaBelle. The judges like it.

Leah went the second one to perform and she sang "True Colors" sang by Cyndi Lauper. The judges liked it. A judge said that he thought the song is not a good song for her until she reached the part that gives him chills --- he likes it.

Sharaya J did her hip hop music of the Four version of the song "Juicy” by The Notorious B.I.G. Everyone likes it. Meghan Trainor was a bit distracted with the mic going away from her mouth a certain time though Meghan admitted it was a good performance. Sean "Diddy" Combs praised Sharaya for doing a risky song choice and did great at it.

James, last but not the least, sang Michael Jackson's "Rock With You". Meghan likes it but DJ Khaled and Diddy does not like it. The reason behind the two men panelists not liking the performance is it lacks emotion, and Diddy said James should do a song he wanted to sing and not a song to impress the panel.

Whitney on the 2nd round gave her version of "Million Reasons" by Lady Gaga. Some of the judges felt it was not the best song for her but the songs she sang from the past episodes can't be taken away from her, she is talented --- it is just [some] judges did not agree with her song pick.

Sharaya did her version of Nas' "Cop Shot the Kid". She did a good job on it.

The judges picked Sharaya to win the battle round against Whitney.

The 2nd part of the round 2 was a rematch between James and Leah --- remember Leah took James' seat on a past episode.

Leah went first singing "Golden" by Jill Scott. This is her first upbeat song heard by the panel and they like it. Leah did mention that she will be doing a performance as herself and that is why she picked the song for the Finale.

James knocked the wall with his version of Adele's "Hello". Diddy said he knocked down the walls, despite the fact that his first song is not likable to him, James did a great job on his 2nd song.

The panel talked and they chose James to advance in the final round.

The final round was a battle between the 2 original Four members of the season and they are actually close friends after being together since the beginning of the show.

Then after Sharaya, James came in singing his rendition of Coldplay's "Fix You" and it went emotional which everyone felt it including Diddy. Diddy then said that James did knock down the wall once again. The judges gave him a standing ovation, as well.

During the commentary of the judges, Sharaya revealed she was free of cancer --- Sharaya beat cancer, and everyone was in tears after knowing that Sharaya survived her life battle. The panel including James and the host Fergie gave Sharaya a hug.

The announcement came in and Diddy came with a plaque saying "The Four Season 2 Champion". Diddy said if they can just decide to sign the 2 of them they will but the show will only have one winner, and the winner was... James Graham! 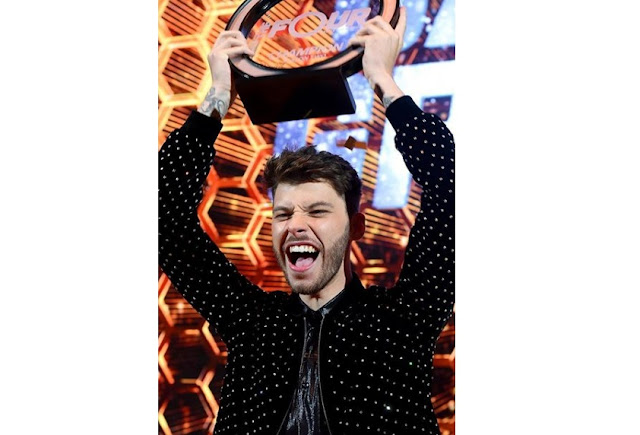 The British guy who joined X Factor UK and became a hit member of a boy band.

The show ended well and it is true, both of them, James and Sharaya, are winners.
Share to: