entertainment 12:09 PM
A+ A-
Print Email
Season 2 --- The Four: Battle for Stardom's comeback episode was done and revealed the final Four to compete in next week's grand finals. 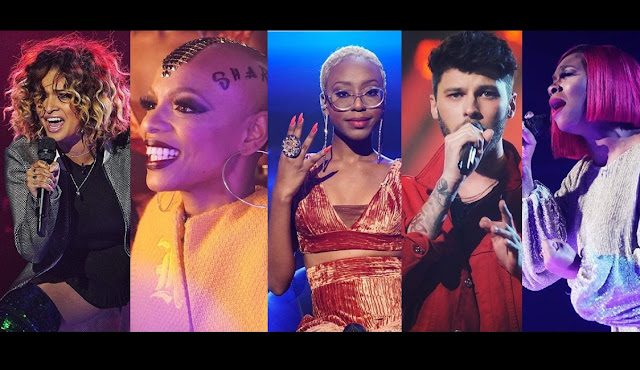 The first comeback challengers were Whitney Reign VS Original Four member Stephanie Zelaya. Whitney gave her own flavor of Jessie J's "Mama Knows Best" singing it for her child, while Stephanie made the Latino nation proud singing Enrique Iglesias' "Bailamos".

All Videos here are courtesy of YouTube/Talent Recap

The judges gave both amazing feedback, but for this round it will be the audience's choice. Between the two Whitney reigns. She was, then, asked to whom she will be competing among the Four current members.

She, without fear, chose to battle the artist that sent her home before, Ali Caldwell. Ali gave a powerful performance of Mariah Carey's "My All".

On Whitney's turn, she thrown her own taste of En Vogue's "Don't Let Go (Love)" where she gave her all and so perform well just like a real artist on stage. With that performance, Whitney captured the attention of the judges.

Meghan sees the visual of Whitney as a performer. She saw some star quality with the challenger though she admitted Ali did an amazing job.

Diddy cleared that he is not just judging to be loved by fans, but to know whom he would like to sign up on his record label. Diddy wrote his choice on a paper after DJ Khaled had a hard time deciding. He told DJ Khaled to write his choice and when they opened it together with his written name, they, the panel, were all smiling --- possibly having the same choice to pick as the winner of the challenge.

In the end of the battle, DJ Khalen announced Whitney won the round. Giving Whitney's seat back and will compete on finale.

The next 2 pairs are hip hop artists. Both who were not able to own a seat but hungry to take one. Lil Bri VS Dylan Jacob. After the battle, Diddy said there's a problem with Lil Bri's breathing --- telling that she put a lot of lyrics on a beat. On the other hand, Dylan, Diddy said it's a good performance but not enough to take hip hop artist sitting on the Four's seat, Sharaya J, out of her seat. The majority of the audience picked Dylan to move to the next round.

Dylan, then, took the opportunity to go against Sharaya J. Sharaya J is consistent from the first day onwards and Diddy said that he saw Sharaya's growth every week.

The battle is so close, Dylan gave an amazing performance but you can't forget the consistency of Sharaya from the first day. The only way to defeat Sharaya is for herself to give a not good performance which then everything she did on stage will be forgotten.

Dylan is great but his first performance could be seen by some as not as great as other performances which gave issue on his consistency, but people can't deny the fact that he is talented and may go further as a hip hop artist.

This round was won by Sharaya J, and she will be competing in the show's Finale.

The next battle was between the original member of the Four, Carvena Jones, and a no seater yet, as well, hungry to take a seat, Ebon Lurks.

The battle was even, Ebon's advantage is his unique tone, while Carvena gave an awesome rendition of Whitney Houston's "I Will Always Love You".

The majority of the audience voted for Carvena, then Carvena go up against Leah Jenae.

17-year old Leah dethroned James Graham, one of the original member of the four and 2nd to Sharaya as the longest seat owner. Leah gave a heartfelt performance while Carvena gave an excellent job on her version of Nina Simone's "Feeling Good".

The judges had a hard time deciding, but in the end the originality of Leah, her uniqueness, and her soulful power made her the winner of the battle.

The final pair of challengers for the night is the close buddies & 2 most popular contestants of the show, British pop, James Graham, and rock'n roll artist, Jesse Kramer. Both gave an amazing performance. Jesse with his version of "Come Together" by the Beatles, and James with his version of Sam Smith's "Writing's on the Wall".

The judges gave great feedback to the two. The majority of the judges picked James to advance to the next round.

James has no choice but to go up against JeRonelle, the last member of the current Four who has no battle yet. JeRonelle gave a surprising performance of John Legend's "All of Me" hitting a high note effortlessly.

James brought women to tears after his emotional performance of Harey Nilsson's "Without You".

The judges both loved the performances, but in the end James took the win, securing the final seat of the Four to Finale. 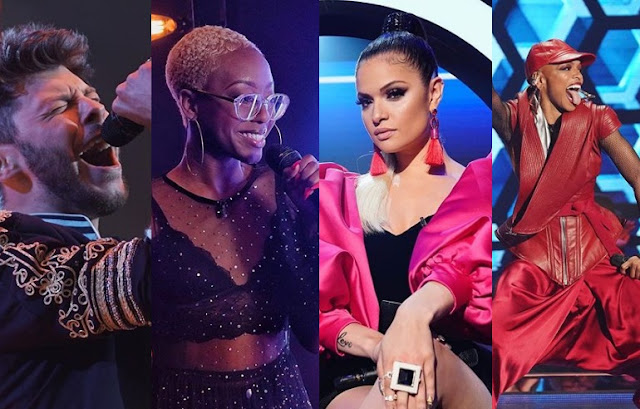 There you go, the final members of the Four are James Graham, Leah Jenae, Whitney Reign, and the longest seat owner in the Four's history, Sharaya J.
Share to: