The Four come back season 2 episode is heating the competition

entertainment 6:08 AM
A+ A-
Print Email
This is the final week of challenge before the next week's finale of the top-rating TV singing competition "The Four: Battle for Stardom", and this is the Four Come Back. 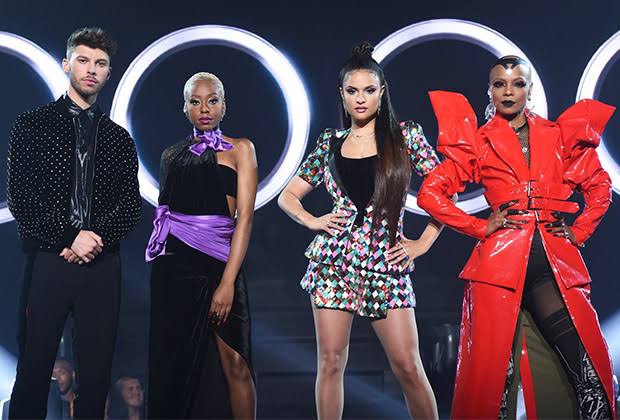 Images from The Four: Battle of Stardom

This week will be the hardest challenge of all time as they will be against the returning contestants who missed or lost a chair.

The Four Come Back will bring back some of the memorable and great challengers and seat defenders of this season.

The Four's Instagram account announced the top 8 vote getters of The Four Come Back and they are James Graham, Carvena Jones, Stephanie Zelaya who are part of the original Four; Whitney Reign who knocked down Zelaya; the rock'n roll star of this season, Jesse Kramer who knocked the first ever challenger to snatch a seat, Majeste Pearson; the tough young rappers, Lil Bri and Dylan Jacob; and Ebon Lurks.

The battle goes head to head of return challengers. It means the eight will be divided by 4 --- having 2 artists battle against each other.

Whoever wins among each 2 will get the chance to challenge one of the current Four members.

If they'll make it then they are good to go on The Four season 2's finale which will be next week.

Some audience showed disappointments about some returning contestants since some wanted to see the powerful belter Majeste back, and the man who has an amazing personality, Noah Barlass do the sing off once more.

Some rumors said that the producers declined the return of Majeste for no added reason.

Despite the sadness of some of the TV show fans, the show must go on.

The show will also have guest performances of last season finalist, Zhavia, and the first ever winner of the Four, Evvie McKinney.

The Four airs on Fox every Thursday 8/7c.