local, news 9:02 PM
A+ A-
Print Email
On Monday, President Rodrigo Duterte said as he touted his organization's association with remote governments that the Philippines will keep on pursuing an autonomous approach towards Foreign Policy. Duterte said in his third State of the Nation Address (Sona), "we will keep on asserting our autonomous outside approach. We will keep on reaching out to all countries paying little heed to all their political influences, paying little mind to vicinity.

Inasmuch as this country treats us well". 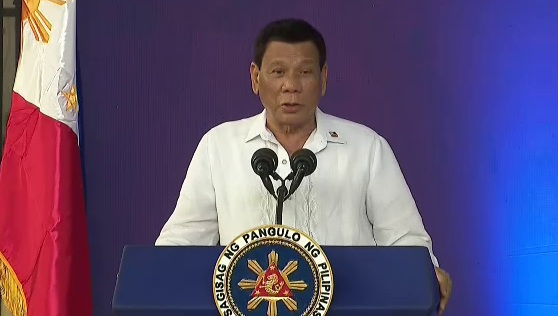 Duterte praised the nation's chairmanship and the facilitating of the Association of Southeast Asian Nations (Asean) Summit a year ago. The President additionally lauded the national arranging panel headed by Executive Secretary Salvador Medialdea for the achievement of Asean's 50th commemoration held in the nation.

In the initial two long stretches of the President's expression, Duterte went crosswise over Southeast Asia to set up ties with Asean part states. "We have demonstrated the world that we are skilled when we cooperate," he stated, including that enhanced universal relations brought about participation, for example, the maritime watch collaboration with Indonesia and Malaysia.
Share to: