MMFF this 2018 will be fun as it includes Vice Ganda, collab Vic-Coco, and more

entertainment 6:05 AM
A+ A-
Print Email
Filipinos love to celebrate Christmas by watching movies together with their loved ones. This 2018, Christmas will give you a lot of option to watch as four component films have been picked as the official movie entry to the Metro Manila Film Festival (MMFF) this year, 2018.

The declaration was made this Friday, uncovering that Vice Ganda's "Fantastica: The Princess, The Prince, and The Perya" made the cut in view of content entries. The Star Cinema and Viva Films joint effort likewise stars Maymay Entrata, Maris Racal, and Loisa Andalio. 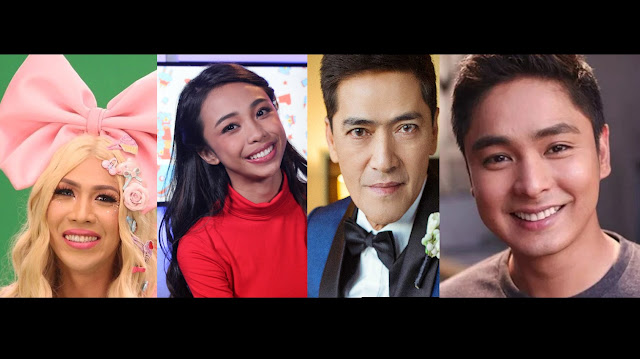 The other four, to be picked from the completed film entries, will be reported at a later date by the MMFF advisory group. Correspondingly, short film entries still can't seem to be resolved.

In the other hand, people can't wait to see the full list of movies they can watch on Yuletide season.
Share to: