Manny Pacquiao VS Lucas Matthysse will be happening today 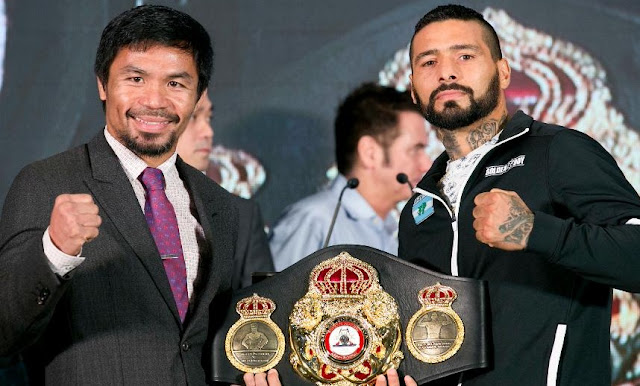 This will be the second defeat in consecutive if Pacquiao will lose in this fight, while if that happens this would be then the first defense of Matthysse on his newly won belt against Tewa Kiram in round 8 via knockout --- won last January.

Based on some sources, this could be the last fight of Pacquiao that may pursue with his retirement; by then.

Below are based on Wikipedia:

Matthysse of Argentina has 36 wins via knockout, and 2 wins via decision, with 1 win by opponent's disqualification, 4 loses, & 1 no contest. Summarizing the total fight is 44 with a total of 39 wins.

In Philippines, the fight will be telecast on media giants such as ABS-CBN, GMA, and more. Pay-per-view may as well be available.
Share to: