entertainment 4:11 PM
A+ A-
Print Email
Lassy and his boyfriend John ended their 2-year relationship after Lassy's guesting in Tonight With Boy Abunda (TWBA), happened recently.

As per Lassy, his boyfriend agreed to show his picture on TWBA so he never sense that there will be a problem coming. 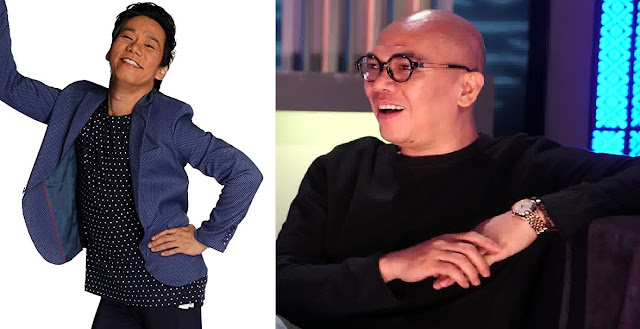 Lassy told PUSH that 'his boyfriend agreed [on showing his picture on TWBA]. But he was ashamed when he was seen personally in one of my events that he brought my things. But I made him known as my boyfriend and husband [to the people]. Rather than people think he is my personal assistant (PA)'.

He added that [after the separation] they did not have a situation of returning the things they've given.

'O, not [no plans]. I am not like that [person who wants what he has given to be returned]. Actually, before we separated, I left one more memory to him. Take care of the cat. He is fond of cats'.

Lassy, who plays as best friend of Kakai Bautista and Myrtle Sarrosa in the movie Wander Bra of Blue Rock Entertainment, said that 'there is already a cleft. So, just friends probably. But he hadn't found a new one yet, because it is really hard. And he had moved on'.

He was then asked how chivalrous he is in love.

"I am more chivalrous to the family of my [past] boyfriends. I am more treating their family than my boyfriend" (translated from Tagalog). He added that 'he is not elegant in [giving] material things. What he is giving is his life. Like when his ex-boyfriend was in the hospital (ex-bf was dying), Lassy was there to take care of him, and he paid all the expenses'.

"At least, that will be the one he will remember about me, not the material things I've given. The way that I treated him, the love".

Then the media asked what did Vice Ganda advice him after the heartbreak.

He said that 'Vice said, you know it already, [you should see your face] in the mirror. You're not get used of it, those things', while giving a laugh reaction.

"But of course as a friend, Vice knows that I am sad. That's why sometimes Vice offered me to be with him, do something [ano tayo]. Chit-chatting. Letting the pain out", he added.

What Lassy learned from his past relationship is 'to make sure to ask if he could show the person to [these kinds of] people because it seems like his lover was more ashamed to be with him which is hurtful. And like, just because of that reason love ends'.

Despite the separation, Lassy is hoping that his ex-boyfriend will have a wonderful life.

"I, myself in a relationship, I would rather see him in good condition before we separated. I don't like to know that his life is ruined or went in a wrong way after our separation. Since he came from our relationship recently, it sounded ugly to know that after us (breakup) he walked in a wrong path in life", he said.
Share to: