local, news 5:39 AM
A+ A-
Print Email
There are thoughts that the electric cooperatives of the country uses the bill deposit paid by the consumers or the deposit the consumers paid for the installation of electricity.

The Energy Regulatory Commission (ERC) wanted to separate the bill deposits as trust fund of the electric cooperative. Agnes Devanadera, chairperson of ERC, said that 'others, the money deposited is no longer on their cashbox'. 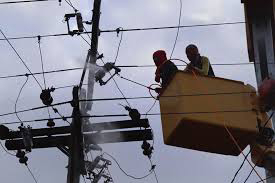 This bill deposit serves as 'stock fund' of the customers if there's a time that they can't pay the electricity due to financial issues.

It will be define as 'giving an advance payment or deposit of a tenant to its rented place'.

Philippine Rural Electric Cooperative Association admitted that they are using the bill deposit if there is an emergency. The executive director, Atty. Janeene Colingan, explained, "immediately [the bill deposit] is replenish but in cases of emergencies, it is taken out".

They said that the bill deposit should served as trust fund only. Based on Devanadera, 'the electric cooperative should not take ownership of the consumer's bill deposit as their fund. They are just to hold it as a trust fund of consumers'.

It is also under study if they will shorten the time before the consumers can get back their bill deposit refund, but this could not be done yet because all of the commissioners of Devanadera is out of the office.

The 4 ERC commissioners were involved in bill deposit anomaly --- Alfredo Non and Gloria Victoria Yap-Taruc retired on July the 10th while Josefina Patricia Asirit and Geronimo Sta. Ana were suspended.
Share to: