entertainment 7:42 AM
A+ A-
Print Email
Ed Sheeran has been slapped with a $100 million claim blaming him for copying the Marvin Gaye tune "Let's Get it On". TMZ wrote about Thursday that the claim, recorded a week ago in second US Circuit Court of Appeals in New York, guarantees Sheeran's tune "Thinking Out Loud" has a 'similar tune, harmonies, rhythms, bassline, drums, backing chorale, beat, syncopation and circling' as Gaye's exemplary hit. 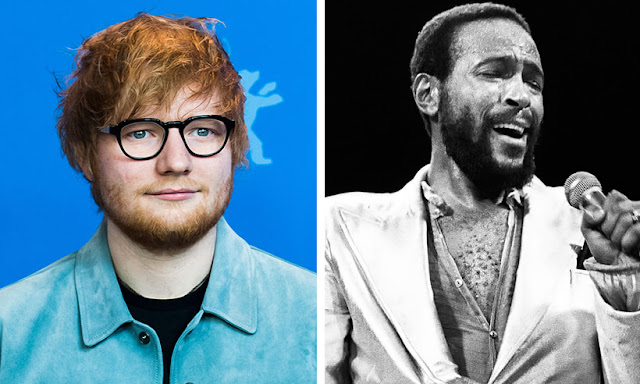 The copyright encroachment assert was documented by Structured Asset Sales, which claims a bit of the copyright. Sheeran hasn't reacted to the claim, and an agent didn't answer a media ask for input.

"Thinking Out Loud" won a Grammy Award for "Best Pop Solo Performance" and "Melody of the Year" in year 2016.

A video of Sheeran performing it has been seen on YouTube in excess of 2.3 billion times. A comparable claim against Sheeran was documented in 2016 by beneficiaries of "Let's Get it On" co-essayist Edward Townsend, who penned the tune with Gaye.

As indicated by TMZ, Organized Asset Sales has claimed Townsend's 33% offer of the copyright since his passing in 2003. You can read the 2016 claim beneath:

Griffin v. Ed Sheeran - Lets Get It On copyright complaint.pdf by Mark H. Jaffe on Scribd