local, news 5:27 AM
A+ A-
Print Email
One of the blockbuster directors in the Philippine Showbiz Industry, Joyce Bernal, said that she is willing to direct President Rodrigo Duterte's 3rd State of the Nation Address (SONA) for nothing, said on Wednesday.

Bernal, who has been tapped to coordinate the President's SONA this 23rd of July, said there is no agreement amongst her and the legislature for her administrations. "Nothing, it doesn't need any contract. Unless, the government need it --- I don't think [it] needs contract" (translated from Filipino language), the director told reporters on the sidelines of a pre-SONA forum in Pasay City. 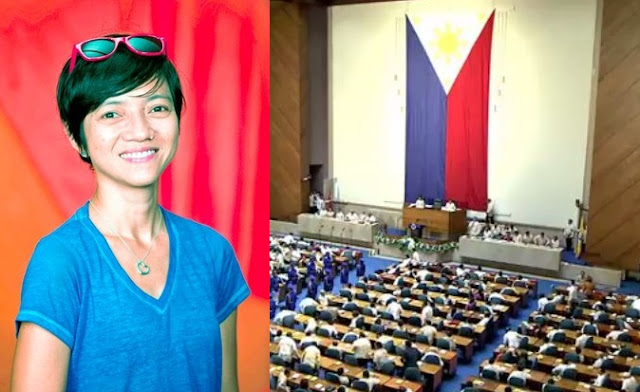 She said that 'For free... it's our President, and it is as well for the people, for our countrymen, for our fellow Filipino, for the world who would like to know how we are'. She added after being asked, 'does it need [for them] to pay [me]? I will not ask for a fee'.

Bernal succeeded grant winning outside the box producer Brillante Mendoza in coordinating the SONA after the last assumed responsibility for two back to back years. She said she is prepared for reactions she may get after the President's SONA.

She said in jest that she is ready to whatever people will react on her direction. 'Netizens are too much (Grabe), [I may ask you] to do the direction'. The TV/movie director said she needed Duterte's SONA to be brighter to make an inclination that the group of onlookers is a piece of the guaranteed change.

Bernal said she is asking for the Presidential Communications and Operations Office (PCOO) to furnish her with all the more lighting. "We are trying to negotiate if possible we can add more lights because the Congress' lights are bit gloomy", she mentioned.

The director said that they undergone camera rehearsal using a film camera and film lens so that it will not be too harsh, no distortions when it comes to TV'.

She added that 'it will be lighter for them to listen --- lighter mood. Hopefully they will see [it] as a light mood [TV event], hopefully they will see it as fresh'. Bernal likewise approached people in general to give the President a chance to complete his SONA first before making reactions. She then said that 'hopefully we will be opened. No bashing and criticism yet [before the SONA]. Let us finish the SONA --- listen first'.
Share to: