Celine Dion amazed everyone on her first day concert in Manila

entertainment 10:14 PM
A+ A-
Print Email
"I get wings to fly... oh I'm alive", Filipinos and foreigners enjoyed the concert of the one and only Miss Celine Dion.

The legend held her first ever show in the Philippines after the cancellation of her concert the last time due to issues she was experiencing --- which was all about her husband who later kicked the bucket. 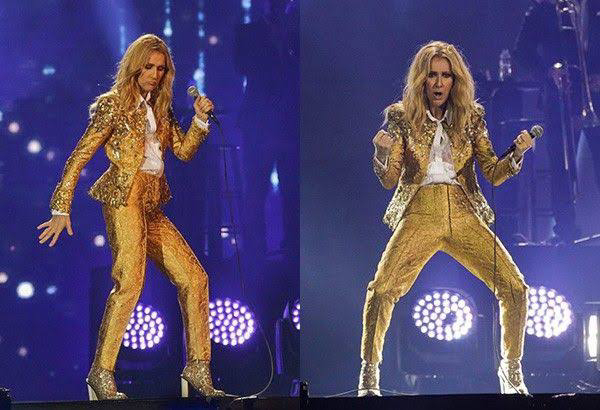 The show went on and she went very strong. It was Thursday night when the Canadian singer performed in one of the biggest mall in the world, Mall of Asia --- Arena.

Long-term admirers held up as right on time as 10 in the morning to get a look at the artist and there was even a distinctively abled fan from Bukidnon whose family helped her travel to Manila to watch her favorite music icon.

Notwithstanding enchanting Filipinos, the show in Manila was likewise a present for fans from neighboring nations like Vietnam. A news anchor said that Celine made a point to restore the intensity of her fans' adoration by giving a mind boggling execution.

She set the bar high by opening with that unfathomable number. Celine perfomed hit after hit like  "To Love You More", "Because You Loved Me", and "My Heart Will Go On". Seen in the group getting a charge out of the night were Amy Perez-Castillo, Mariel Rodriguez, and the unkabogable Vice Ganda with her mom.

The arena was filled and everyone was amazed on how Celine took them to paradise 'moment'.

Celine did not break the expectation of the crowd and even exceed it. She is a true legend and an icon. This night, she will be performing again at the same venue, July the 20th (Friday) --- Mall of Asia Arena.