local, news 11:08 PM
A+ A-
Print Email
Due to neglected submission of liquidation of the OVP's (Office of the Vice President) travel expenses the faculty spent a year had passed, COA (Commission on Audit) flagged the OVP.

In any case, they were not able to submit the liquidation on the given period of time. 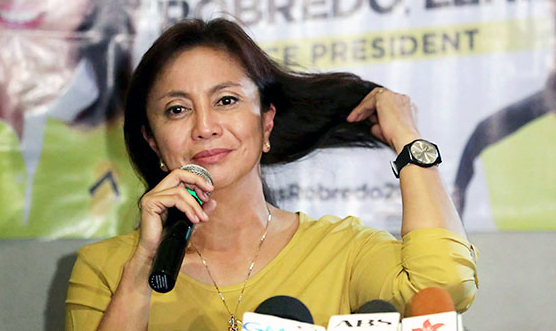 The COA report read that "loans (CAs) for nearby authority ventures were not sold inside thirty days upon comeback to official station, while unused/overabundance loans were discounted even later than the accommodation of the Liquidation Reports". Under the COA Circular No. 97-002, disappointment of a work force to sell these advances may bring about the withholding of their compensation.

COA said that "disregard of administration to request the prompt discount of unused/overabundance loans and the accommodation of liquidation reports inside the period endorsed renders mistakes in the budgetary proclamations". COA included postponements in bookkeeping connotes absence of interior control and "may superfluously open government assets to danger of misfortune or misappropriation."

In any case, in an announcement, the OVP said all loans have been completely sold.

"The OVP has organized stricter measures to avert comparable deferrals. Full points of interest of these means taken by the OVP were conveyed to COA in a letter sent in March 2018", an announcement from Undersecretary Boyet Dy said. Dy said the letter has clearer rules on the treatment of loans and the withholding of remuneration for staff subject to full liquidation, reliable with COA's own particular suggestions.
Share to: