entertainment 12:40 AM
A+ A-
Print Email
Arlita Garces-Tortugo, the one and only love of Reggie Tortugo's life. They have been challenged as a couple that there was a time wherein both of them may be separated due to the hardships in life as young parents.

Reggie did not stop working his best for his family, he did not want to see Arlita and his kids go.

On a Kapamilya show, "Magandang Buhay", the couple revealed that both of them went to a point of separation, but then Reggie stood up and did his job as a father. Despite their young ages, they have tied knot and grown from their love to each other.

They became stronger than the challenges they have faced and for sure whatever the upcoming trials will be, they are ready to knock it down. 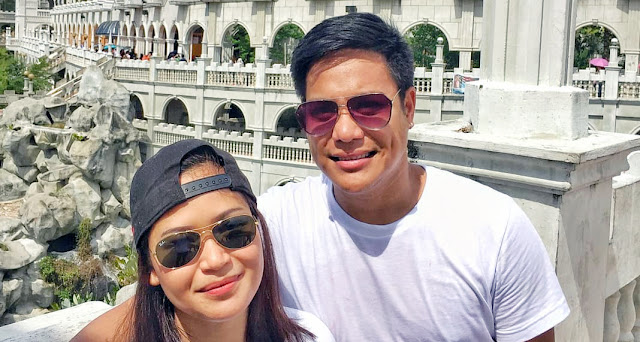 They said on the TV show that they were not expecting Reggie to move forward on Tawag Ng Tanghalan as finalists on the Top 6. All they thought is being a semi-finalist is good enough to be a great achievement. They feel blessed that it turn out great for them, Arlita said emotionally that "Reggie is so good, that despite she knew that he is very tired, he never complains".

It was also revealed on It's Showtime that Reggie knocked on some friends' hearts to let him play a gig to support his family, now he will never knock again as opportunity will be the one that will be looking for him.

Truly "no pain, no gain", and their love to each other is truly like a lighthouse, stable and firm.
Share to: