local, news 2:58 AM
A+ A-
Print Email
The NCCA (National Commission for Culture and the Arts) gave the Dangal ng Haraya Award to 102-year old Apo Whang-Od Oggay for Intangible Cultural Heritage on being a folk tattoo artist (manwhatok). Awarded on June 25, at the Kalinga Capitol Plaza, Tabuk, Kalinga.

It is the first occasion when that the honor has been given to a folk/traditional artist. 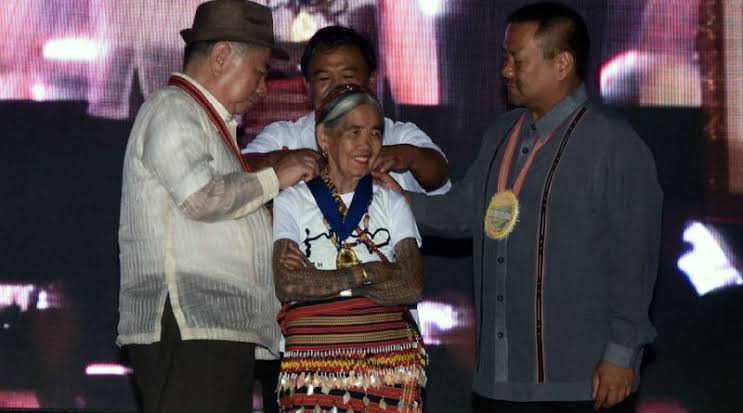 In an extraordinary determination on May the 2nd, the NCCA board perceived Whang-Od as one of the most seasoned living customary whatok (tattoo) specialists of the Kalinga people group. In the determination, the NCCA perceives Whang-Od 'as a living vessel of a customary practice, who --- merits respect and affirmation for her commitments, especially by bringing to more noteworthy consideration the indigenous routine with regards to inking and Filipino culture all in all'.

Whang-Od turned into an online life sensation a year ago when netizens whined of how she was 'abused' by the Center for International Trade Expositions and Missions (Citem), an organization under the Department of Trade and Industries. Citem composed the Manila FAME exchange reasonable of Philippine expressions and creates and welcomed Whang-Od to Manila to show her specialty and tattoo a few visitors. 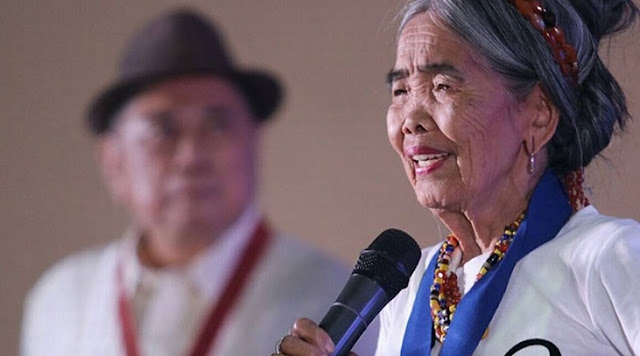 When she was seen resting off, netizens dissented about how she more likely than not been exhausted by Citem notwithstanding being no less than 100 years of age.

This time, she was just got bored with the process since it was brought in English/Tagalog language which she couldn't understand.

She is, as well, known as the last mambabatok of her generation.
Share to: