entertainment 3:21 PM
A+ A-
Print Email
The Vixen is known for her strong character, a strong character that stands to what she believes which new thoughts or reasons may not be welcome to her: and that's how strong she is.

In the RuPaul's Drag Race season 10 reunion, all girls came back but it seems the reunion includes all the drama. 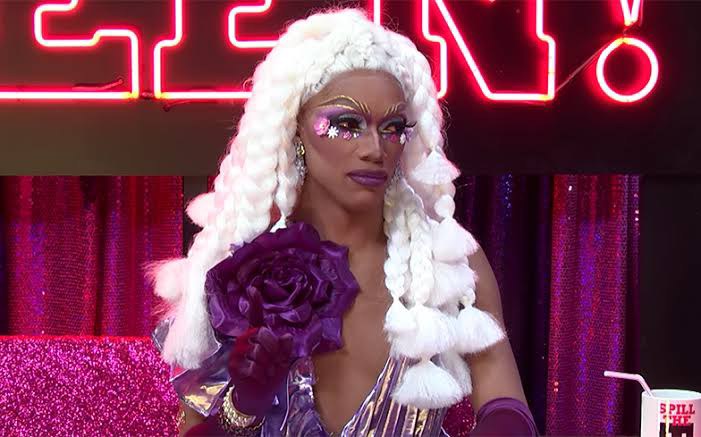 The fight is between The Vixen versus RuPaul, Eureka, and Monet.

RuPaul even brought up the issue between Miz Cracker and Aquaria, that started to heat when The Vixen brought up what Aquaria said about their similarities with Cracker.

The show host then asked The Vixen the reason why she needed to expose the real words of Aquaria to Miz Cracker, it seems that she [likes] "instigating" things. The Vixen response 'it is not instigating things, it's about telling the truth'.

The argument went heated between the show host himself, RuPaul and the contestant, The Vixen.

After The Vixen can't take the words anymore, she then said in a way like 'i'm done' and walked out.

The drama continues leaving Asia O'Hara (part of the Final 4) empathizing The Vixen, and started an argumentation with Ru.

In the end, The Vixen never return to her seat but the reunion went fine which we hope to end great & healed.