entertainment 5:13 PM
A+ A-
Print Email
It's Showtime Miss Q and A Semi-Finals went great as fan-favorite and street smart queen, Odessa Jones, took home the crown with ₱50,000 and advancing to the Grandest Finale on TV of today's generation. 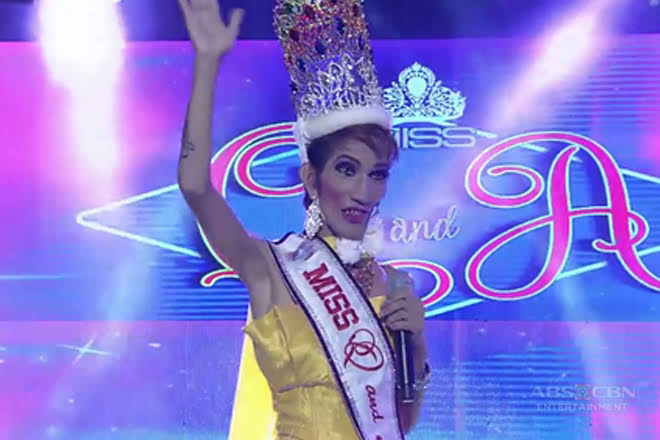 The first birtud (efficacy) of the day goes to Bryce and since there's no resbekla for today's competition --- means no one has been honed in terms of debating thru the resbak week, she chose to "ravaaan" (fight) and picked to be against Ninie.

Ninie, as well, was chosen to speak first. She said that 'it is better to hang out in Jurassic Park since from the word itself, Park, it is a place to hang around, a place that people could visit'. Bryce responded that 'Jurassic Park is dangerous to people due to the  fact that [dinosaurs] appear there that could eat human, while in Planet of the Apes, you can live and study Human Evolution'.

Afterwards, the judges picked Bryce as the winner of this round.

On the second round, the birtud went to Jeraldine as she was able to press the buzzer quickly and able to give a correct answer to the thrown question. Just like Bryce, Jeraldine went fierce as she chose to fight and chose to speak first on the 2nd debate.

On this round, as well, she picked Bryce as her opponent.

Jeraldine said that 'having hole in the molar is more inconvenient since you can't do anything due to the ache it could give', while Bryce responded defending her side that 'hole in the roof will give you more inconvenience since water from the rain could get inside your house [and could annoy you during your sleep]'.

The round went in favor of Jeraldine. 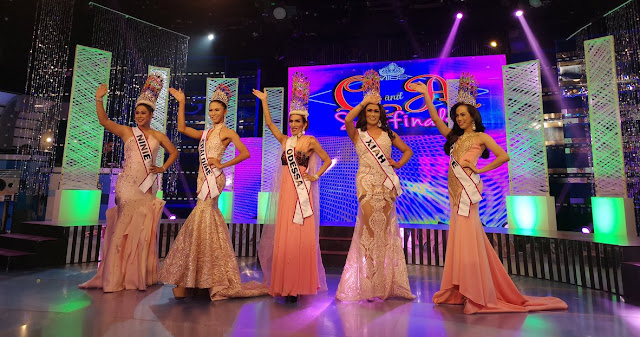 On the 3rd round, Xiah answered the question correctly after Odessa mistakenly pronounced the answer (Debbie Moore, instead of Demi Moore). Xiah got her first birtud and chose to stay for the final round by using "pass mo yan te" (passing the debate to the 2 remaining candidates: Odessa and Jeraldine).

The topic was, "Sino ang mas dilat, Adik o Tarsier?" (Which one has eyes are more wide-open, [drug] addict or Tarsier?), Xiah gave addict to Odessa and wanted Odessa to speak first, while Jeraldine will defend Tarsier.

Odessa said that 'based on her personal experience (from the past), she can proclaim that addict has eyes which are more wide-open than the tarsier, since addict keeps on sniffing daily or weekly that made them unable to sleep'. Jeraldine defended that 'tarsier has eyes which are more wide-open since their eyes are naturally large, while the drug addict... if the drugs are no longer active they will go back to sleep'. But Odessa rebutted that 'tarsier's eyes are not really wide-open since its eyes are just plain white, its pupils are small that you, yourself, could say it is not more wide-open than addicts [who gives you more aggressive look]'.

Judge Teddy went curious if Odessa's words about tarsier's pupils are true so he googled it, and he was able to prove that Odessa tells the truth. Though the debate is not about the fact, they are more convinced and got more impact from Odessa's defense and via unanimous decision, the round was won by Odessa.

On the final round, Odessa was quicker to give her answer on "what showbiz name did Rodolfo Vera Quizon Sr. use", she answered Dolphy and for that she got the final birtud of the day. The ability to choose the side to defend, and the power to organize the sequence on who will speak first is with her.

The final topic was, "dapat bang gawing legal ang paggamot gamit ang marijuana sa Pilipinas, Oo o Hindi?" (Should the marijuana be legalized as a medicine in the Philippines, Yes or No?).  Odessa chose "No", while Xiah got the "Yes" and will be the first one to speak.

Xiah said that 'it should be legalized since it could cure, just like in Australia, it is already legalized'. Odessa defended that 'it should not be legalized since there is no proof yet that marijuana could really heal diseases in the Philippines. The Australia legalized it but we are not Australia, we are Philippines! And it is not yet fitted in the country's culture [as Filipino]. The words saying that it could heal is only a reason from the people who uses the illegal medicine, and there is still really no proof that someone was healed by it'.

Some of the judges were not too happy with both defenses. Xiah needs to 'add what could be cured, and she should say that it could cure diseases, not just cure... but say what it can cure. She should, as well, give examples of diseases it could cure if possible', said some of the judges. On Odessa's answer, they were just a bit confused on her answer "including culture" in her defense which Odessa clarified that as Filipino, our culture is different from the other country.

Host Vice Ganda talked to calm some of the judges saying that the contestants were only given 15 seconds in 2 turns to speak, and she added that [a judge] may not be able to add those additional facts and opinions if she'll be given 15 seconds only in 2 turns. In the end Vice is thankful since the judges were able to say what is lacking on the candidates answers since they, as well, has the longest time to speak than the candidates.

After the deliberation of comments from the judges, Vice officially announced Odessa Jones as the winner of today's Miss Q and A Semi-Finals and advancing to "Miss Q and A The Final Answer and I Thank You" this coming 30th of June, Saturday.

Odessa then went to her position as the 9th candidate to make it to the list of the finalists. The other finalists including the hall of famers came out to the stage and then honored with words from Makata. 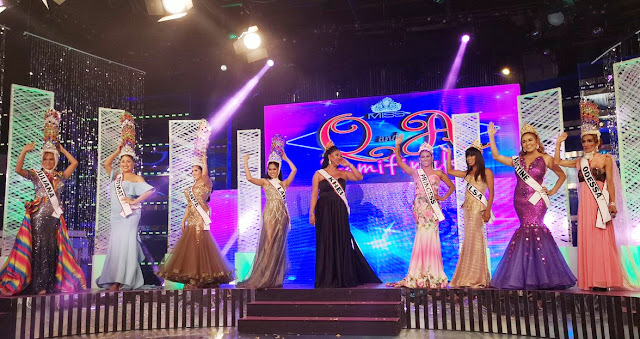 The finalists that will compete tomorrow for the title as the first Miss Q and A queen are Juliana Parizcova Segovia, Matrica Matmat Centino, Rianne Azares, Lars Pacheco, Princess Khim Santillan, Khei Perlaoan, Elsa Droga Mendoza, Kristine Ibardolaza, and the last but not the least, Odessa Jones.

But wait, the finalists are not yet complete since the number of grand candidates that will compete tomorrow is ten, making one of the semi-finalists, who failed to advance to the finale, granted a chance to compete again.

The last finalist to complete the list will be determined based on the votes from "madlang people" thru online and text messaging. This mean that other fan favorites such as Angelika Mapanganib, President Curtis-Smith, and other more have the chance to be back to the competition.
Videos courtesy of YouTube/ABS-CBN Entertainment
Share to: